John Millman fights back from two sets down before losing in the deciding set to fifth seed Alexander Zverev. 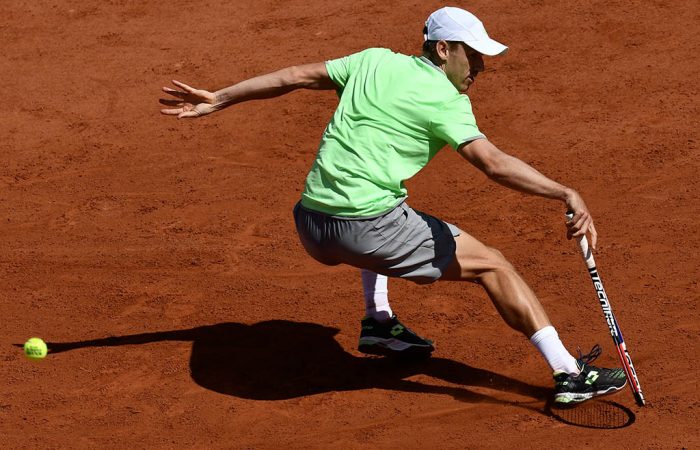 John Millman came close to pulling off a stunning upset from two sets down against fifth seed Alexander Zverev before the German clinched it in the decider.

Zverev made a strong start in windy conditions at Roland Garros on Tuesday but was pegged back by the gritty Australian to force a fifth set.

REPORT: Hon, Thompson through to round two

“It was unbelievable how he fought back,” said Zverev, who won three five-set matches in a row last year on his way to the quarterfinals.

“I know that he can play great tennis. I knew it was going to be a tough match and I’m just happy to be through right now.”

Millman, the world No.55, had been chasing a first win at the fourth attempt at Roland Garros, and the second top-five win of his career following his victory against Roger Federer at last year’s US Open.

“It’s disappointing, because I feel like there’s a lot of people in the draw I would’ve beaten,” Millman said.

“And if you get the right draw … it’s about going a bit longer and deeper in these tournaments.”