Almost $10 million will be dedicated to the first stage of significant upgrades to the Memorial Drive tennis complex in Adelaide. 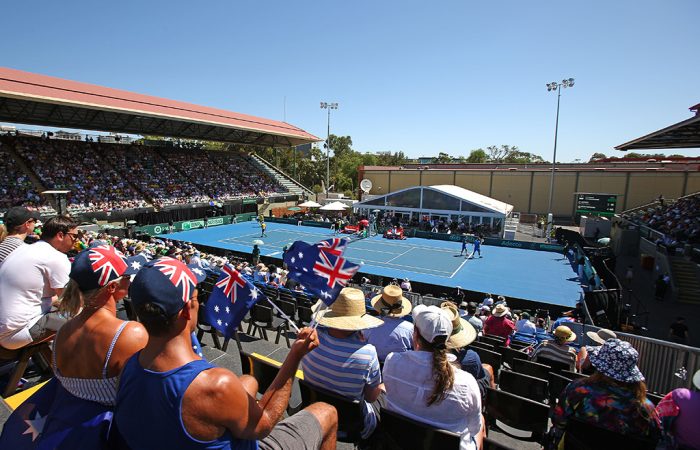 Senator Ruston, along with the Hon. Corey Wingard MP, SA Minister for Recreation, Sport and Racing, were present to officially launch the $9.79 million project that will revamp the Memorial Drive sporting precinct and ensures that the heritage of Memorial Drive is retained for years to come.

“South Australia has a proud tradition of producing professional tennis players and this new centre, which includes improved training and education facilities for clubs, coaches and volunteers, will go a long way towards keeping that tradition alive,” Senator Ruston said.

Added Minister Wingard: “The venue anchors tennis to the Riverbank Precinct and continues the proud history of Memorial Drive as the home of tennis in Adelaide.

“Thousands of budding tennis players will have the chance to access these facilities on a grassroots level, but it will also form a crucial part of the overall vision for Memorial Drive.”

Massive day officially opening the $10m upgrade of @TennisSouthAus making us ready for our $11m centre court upgrade! All outside courts complete for our @ATP_Tour & @WTA event in January 2020. Thanks to @Corey_Wingard & @Anne_Ruston for coming along! #Adelaide @toddwoodbridge pic.twitter.com/ob7dy66dU3

“This venue provides state-of-the-art facilities for the next generation of tennis players to be able to train on all three Grand Slam surfaces allowing us to continue our proud legacy of producing world-class players such as Lleyton Hewitt, Mark Woodforde, Thanasi Kokkinakis, Alicia Molik, Darren Cahill and John Fitzgerald,” he said.

“The completion of stage one has put us in the position to host events such as the Davis Cup (held in Adelaide in February) and to redevelop of our centre court stadium in preparation for the combined ATP and WTA event starting in January 2020.”