Belarus will field a full-strength team comprising Victoria Azarenka, Aryna Sabalenka and Aliaksandra Sasnovich for its Fed Cup semifinal against Australia in Brisbane. 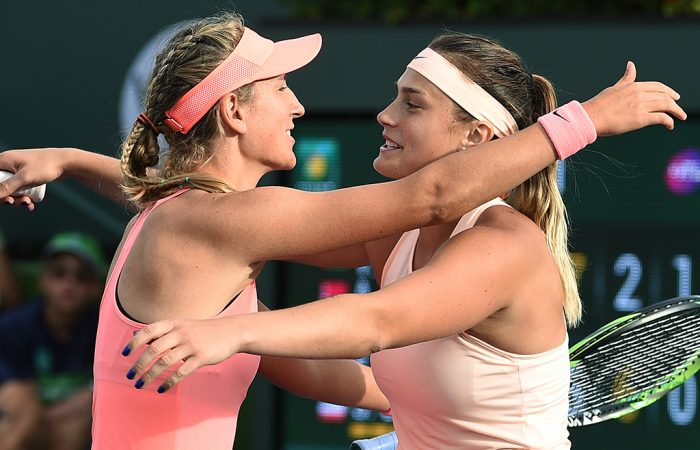 Victoria Azarenka and Aryna Sabalenka will headline a full-strength Belarusian squad bound for Brisbane for its Fed Cup semifinal against Australia on 20-21 April.

Sabalenka, the world No.10, and former world No.1 Azarenka will be joined by Aliaksandra Sasnovich, Vera Lapko and Lidziya Marozava in a team captained by former pro Tatiana Poutchek.

The announcement came a day after Australia unveiled its team, led by world No.9 Ash Barty and also featuring Daria Gavrilova, Sam Stosur and Priscilla Hon.

With both Barty and Sabalenka taking part in the tie, there will be two top-10 players featuring in Brisbane.

> GET YOUR FED CUP SEMIFINAL TICKETS!

Belarus, Fed Cup finalists in 2017, will arguably enter the tie as favourites, given the depth of their squad which features three top-60 players.

Sabalenka rose into the top 10 earlier this season after a breakthrough 2018 during which she won Premier-level titles in Wuhan and Hew Haven. She collected a third WTA crown in January with victory in Shenzhen.

Azarenka, a two-time Australian Open champion, has a long history of success in Brisbane, winning the WTA title there in 2009 and 2016 as well as reaching the final in 2014.

Once a perennial top-five force, the 29-year-old is ranked 60th as she continues to work her way back after becoming a mother in December 2016.

Yet she showed a return to form very recently, advancing to the Monterrey final – where she was forced to retire with injury.

Like Azarenka, Sasnovich finds Brisbane a happy hunting ground; after storming to the 2018 final as a qualifier, she backed that up this year with a run to the quarters.

The world No.35 has a solid 21-13 win-loss record in Fed Cup across both singles and doubles.

The winner of the Australia v Belarus tie will advance to the Fed Cup World Group final, to be staged on 9-10 November 2019.