No.1 seed Sloane Stephens escaped with victory over Australia's Ajla Tomljanovic in the third round in Charleston to set up a quarterfinal meeting with Madison Keys. 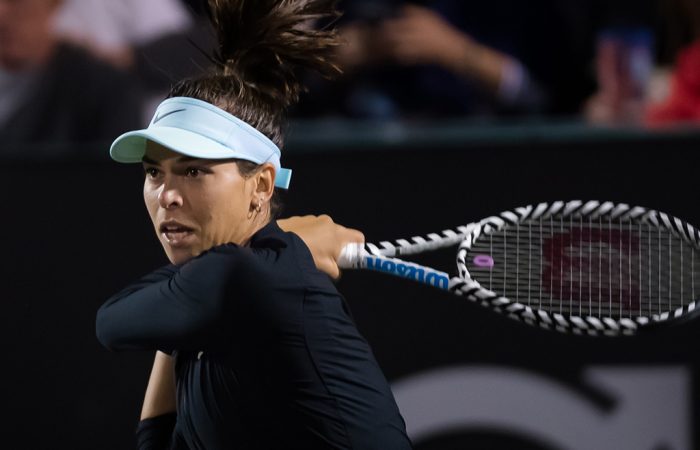 Ajla Tomljanovic had Sloane Stephens on the ropes before the top seed found another gear to reach the Volvo Car Open quarterfinals in Charleston.

The champion in Charleston in 2016, Stephens now owns a 5-0 winning record over the Australian.

.@SloaneStephens marches into the @VolvoCarOpen quarterfinals!

“Ajla played really well today; I think she played at a really high level, and it made me raise my level,” Stephens said.

“For the first time in a long time I really was like, ‘I gotta beat this girl.’ Like I wanted to be out there, and I was really fighting, and I didn’t care what it took.”

Playing consistently and powerfully from the baseline and dictating with her forehand, Tomljanovic was in command against an error-prone Stephens, who has struggled for confidence throughout 2019.

The crowd tried to rouse its home-grown player and Stephens responded on Stadium court, reeling off five straight games to wrest control of the second set.

Two games later, she’d sent it to a third, where Tomljanovic broke in the seventh game to lead 4-3.

She held a game point to extend her lead to 5-3, and nearly earned a second but narrowly missed wide on a huge off-forehand.

When Stephens broke back for 4-4 and held for 5-4, Tomljanovic’s forehand broke down.

Three errors off that wing handed Stephens another break – and the match.

Despite the loss, Tomljanovic is projected to rise to a career-high ranking of No.39 next week.