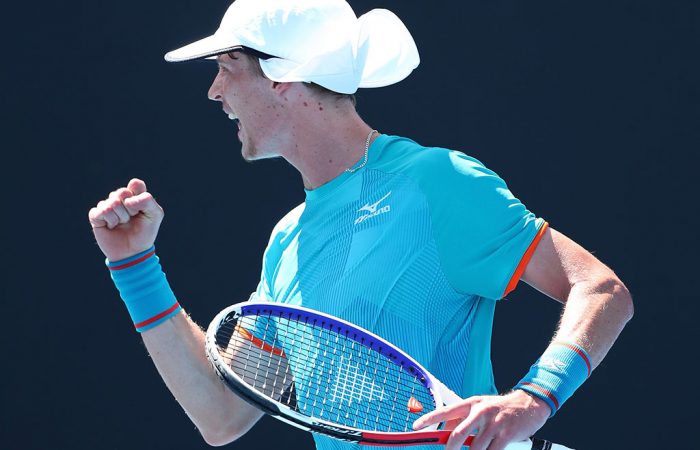 Marc Polmans has gotten his season back on track with victory at the ATP Challenger tournament in Zhangjiagang, China at the weekend.

The Victorian beat Lorenzo Giustino of Italy 6-4 4-6 7-6(4) to claim his second career Challenger title after winning in Launceston last year.

Your champion in Zhangjiagang… @marcpolmans!!

What a way to finish… Back-to-back winners clinches a second #ATPChallenger title for the 🇦🇺 pic.twitter.com/Puv9m5iSlV

Polmans entered the Zhangjiagang Challenger with a win-loss record of 6-9 in 2019, having won back-to-back matches just once in nine events this year.

Yet he did that just a week earlier by advancing to the quarterfinals at the Shenzhen Challenger, and he carried that form into Zhangjiagang; he won his first three matches in straight sets before toughing out a three-set semifinal win over Frenchman Mathias Bourgue.

His victory over Giustino in the final means he has won seven of his 10 three-set matches in 2019.

There was also Australian success in the doubles event, with Luke Saville and Max Purcell scooping the tandem title with a 6-2 7-6(5) win over Sriram Balaji and Hans Hach Verdugo.