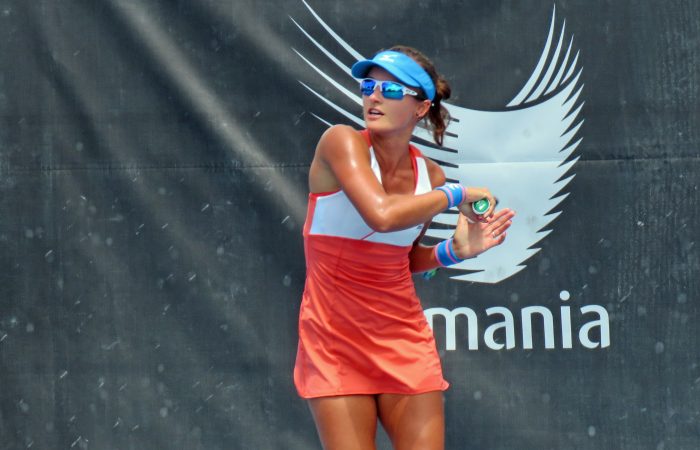 Arina Rodionova has been denied a finals berth at the Neville-Smith Forest Products Launceston International after falling to Russian fourth seed, Irina Khromacheva, in straight sets on Saturday.

After an impressive week, Rodionova, 29 – the last Australian in the draw after wildcard Abbie Myers lost to Khromacheva in the quarterfinals – was unable to get a foothold as the Russian dominated proceedings to win 6-3 6-1.

Khromacheva will face Kazakhstan’s Elina Rybakina in Sunday’s final after she overcame Belgium Maryna Zanevska to win in three sets, 6-1 4-6 6-2.

“We mixed really well and it was good to get the through to the final,” Bozovic said. “Unfortunately, we couldn’t get the win, they were a tough pair to come up against and they were better on the day, but it was a really good week overall.”

The pair plan to stay together for the rest of Australian Pro Tour.