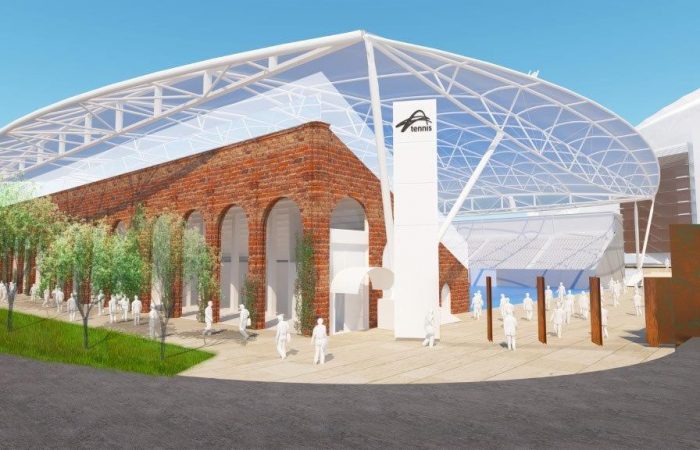 Adelaide will host some of the world’s best tennis stars in 2020 with a new week-long ATP and WTA combined tennis tournament set to take place at Memorial Drive.

A $10 million SA Government commitment to the Memorial Drive Centre Courts Redevelopment has enabled Adelaide to host the event. Stage One of the project will include:

Craig Tiley said Tennis Australia had a vision for the future of the Australian tennis summer which would see the global tennis season launched each year in more cities across the country.

“A major part of that vision is delivering more world-class tennis to capital cities around Australia which is what this tournament will help do. It is a vital piece in our vision to ultimately grow tennis and provide inspiration for future generations,” he continued.

“We are thrilled to welcome the return of international tennis to Memorial Drive, which will showcase Adelaide and South Australia to a global television audience from more than 200 countries,’’ Premier Steven Marshall said.

“This significant investment will attract more interstate and overseas visitors to South Australia to support our growing $6.9 billion visitor economy and create jobs, enhancing our reputation as a world-class destination for tourism and sporting events.

“My government is committed to investing in infrastructure projects that stimulate the economy, grow local jobs and leave a positive legacy for future generations.

“I look forward to welcoming world tennis stars, and interstate and international visitors to Adelaide, when the event kicks-off next year,” he continued.

Minister for Sport, Recreation and Racing, Corey Wingard, said the new roof would give Memorial Drive an increased capacity to host small to medium concerts and a ‘live-site’ during major events at Adelaide Oval, such as AFL games.

“The roof will also allow for the year-round training of the state’s tennis talent and for use by community groups who are able to access Memorial Drive,” Minister Wingard said.

“Thousands of budding tennis players will now get the chance to see their heroes play live in their home state. The flow-on benefits from such a tournament to the state’s sporting communities is immense,” he continued.

“The redevelopment of Memorial Drive and the securing of a week-long WTA and ATP combined tournament is extremely exciting for tennis in South Australia,” Mr Baldas said.

“We have a long tennis history in Adelaide and the upgrades to the facilities announced today by the Premier and Minister Wingard will help us connect to a whole new generation of fans across the country and the globe by providing a new source of inspiration for young athletes to choose our sport.”

“We’ve worked closely with the SA Government, via the South Australian Tourism Commission, to ensure world-class men’s and women’s tennis content will be played in Adelaide from 2020,” he continued.

The week-long tournament, which is subject to ATP and WTA approval, is expected to attract more than 120 of the world’s top singles and doubles players and offer a minimum of $2 million in total prize money.