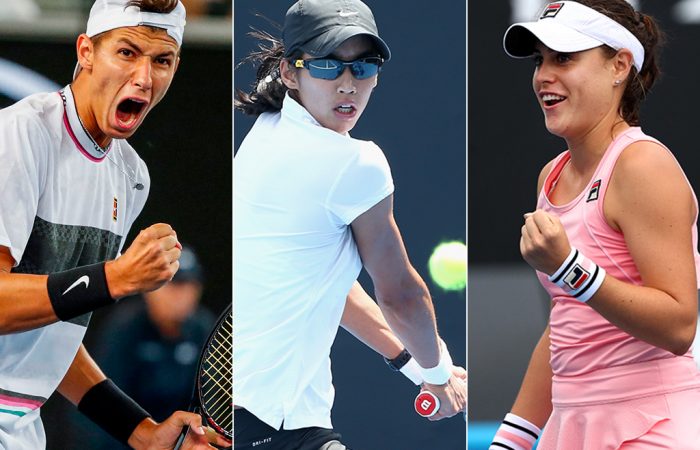 Breakthrough performances at Australian Open 2019 by several home-grown talents have seen them rewarded with big jumps in the latest ATP and WTA rankings.

Alexei Popyrin, Alex Bolt and Kimberly Birrell all achieved career-high rankings after advancing to the third round at Melbourne Park, while Astra Sharma and Zoe Hives enjoyed significant moves after winning their first-round matches.

Sharma and Thanasi Kokkinakis had their rankings boosted by qualifying for the main draw.

In the second week of the Australian Open, several Aussies headed down to Tasmania for the Burnie tournament, a Challenger event on the men’s circuit and an ITF $60,000 tournament for the women.

Belinda Woolcock won the event as a qualifier, as a result halving her ranking and cracking the top 400.

Maverick Banes reached the men’s final while Harry Bourchier advanced to the quarters, helping them move up the ATP list.