Max Purcell joins a handful of Australians in the second round of the ATP Challenger 80 in Burnie. 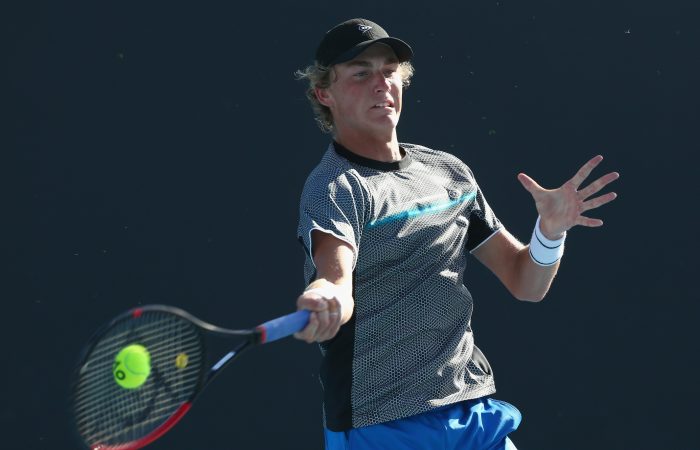 Max Purcell was among a number of Australians progressing in the first day’s play at the Caterpillar Burnie International on Monday.

The 20-year-old posted a comfortable 6-2 6-2 victory over Spain’s David Perez Sanz and now moves on to face Austrian No.6 seed Sebastian Offner in the second round.

“I played well,” Purcell said. “I’ve had two matches this year already and I definitely played better today. It’s probably the best start I’ve had to a year so far.”

Purcell will compete in the ATP Challenger 80 in Launceston next week before a six-week stint in Asia.

“My goal is to get my ranking high enough to get back into quallies and hopefully push a bit further than that,” said the current world No.279.

Joining Purcell on the winner’s list was fellow Sydneysider James Duckworth who – fresh from a gallant defeat at the hands of Rafael Nadal at the Australian Open last week – easily accounted for wildcard Aleksandar Vukic.

Tasmanian Harry Bourchier was also successful when his opponent Harri Heliovaara of Finland was forced to retire with the local wildcard ahead 7-6(5) 3-2. Fellow wildcard Jacob Grills and Queenslander Maverick Banes also advanced, the latter edging out Turkey’s Cem Ilkel in a deciding set tiebreaker.

Banes will now set himself for a battle against South African second seed Lloyd Harris.

The tournament’s top seed, Bosnian Mirza Basic, will need to wait until Wednesday to play the winner of Saville and Doumbia.