Mousley out in Canberra quarters 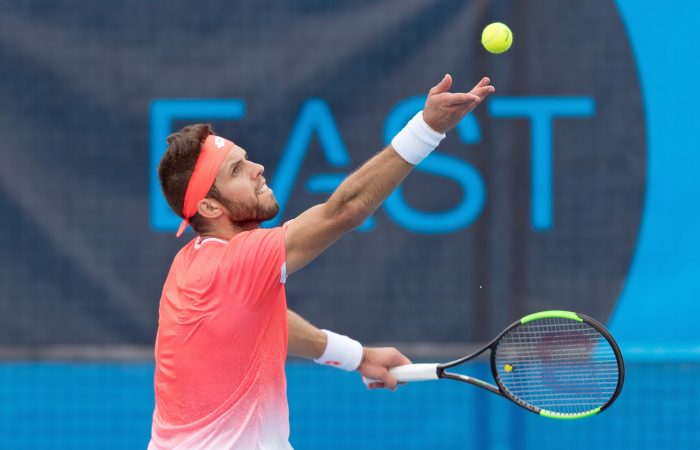 Czech Jiri Vesely has removed the remaining Australian from East Hotel Canberra Challenger after defeating Bradley Mousley in straight sets to reach the semifinals on Thursday.

The third seed was pushed by the South Australian in the first set but eventually secured the victory, 7-6(3) 6-3.

“It’s great to have these matches and get some wins before the Australian Open,” Vesely, 25, said. “Especially after the break, just to have that match rhythm again and to be in the semifinals. It definitely helps for the mental side.”

“I’m really happy with my game right now after three solid matches. I haven’t lost my serve yet this week, so I’m feeling good.”

A former world No.35 and twice a fourth round Wimbledon combatant, Vesely’s 2018 season was interrupted by injury. “I still believe I can play that kind of tournament but last year was tough for me and of course my ranking dropped.”

With three of the final four in Canberra inside the top 100, the Czech will have his work cut out for him in a bid for the title, but that kind of competition suits him well ahead of Melbourne Park.

He next faces rising Polish youngster Hubert Hurkacz, the second seed a comfortable 7-6(2) 6-4 winner over Tristan Lamasine of France.

“They will be interesting matches and definitely close with the conditions here,” Vesely said. “I think it’s going to be a nice preparation to have some quality matches. If I manage to win it, then of course it helps me even more with self-belief.”