December Showdown 12/u and 16/u tournaments underway

December Showdown week two is underway with the 16/u and 12/u national championships. Players battled through difficult conditions at Melbourne Park today. 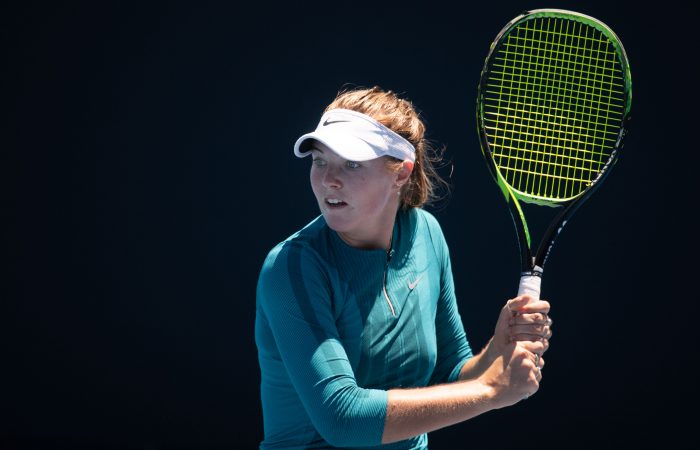 Week two of December Showdown is well underway, with 16/u and 12/u events taking place at Melbourne Park until Sunday 16 December.

Players from every state and territory, as well as a host of international competitors will battle it out for their respective national age titles with competitors of the 16/u event also playing for coveted Aus Open 2019 junior wildcards.

Round 2 of the 12/u nationals wrapped today with top seed Sarah Rokusek (NSW) progressing through to R16 of the Girls’ championship and top seeds [1] Mudiwa Munyimani (Vic) and [2] Charlie Camus (ACT) earning their spot in the third round of the Boys’ singles.

“The first set I played well felt really good. The second set I dropped the intensity a little bit, I didn’t play as well, he played better and it was a closer set… Next match I’m aiming to hit less errors,” Camus said after his match.

“My match was pretty up and down; the conditions weren’t that great. It was pretty windy and hot which made it pretty tough.. I got there in the end which I’m pretty happy about,” Anastasia Berezov said after the match.

The events coincide with the Australian Open 2019 Play-off, with finals set to be played on Sunday 16 December.