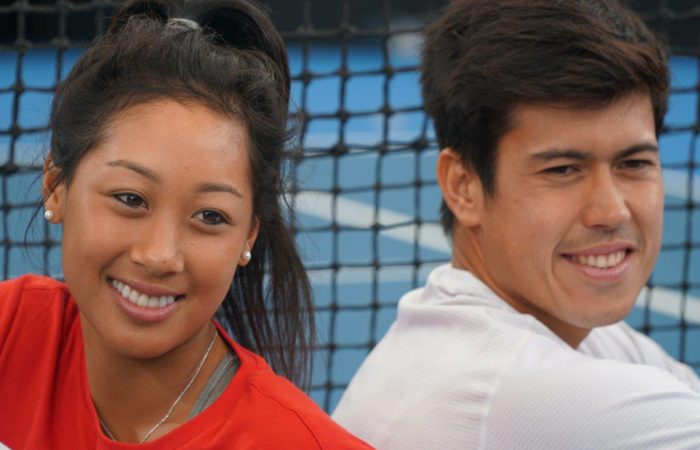 Queenland’s Priscilla Hon and Jason Kubler have been awarded wildcards into the main draws of the Australian Open and Brisbane International.

Unranked as recently as March 2017 following a string of knee surgeries, Kubler made his debut in the world’s top 100 for the first time in August, reaching a career high ranking of 91.

Highlights of 2018 for Kubler include qualifying for Wimbledon and defeating world No.19 Roberto Bautista Agut in the first round of the US Open. He also won two ATP Challenger titles in Playford and Winnipeg.

Kubler will make his main draw debut at the Brisbane International in 2019 and his third appearance at the Australian Open.

“I am very grateful to be given the opportunity to play the Brisbane International, as it has been a very long time since I played in my home town,” Kubler said.

“Playing this tournament is very special to me, and the best way possible to start my 2019 season.

“I look forward to playing in front of my home crowd with my friends and family there to support me.

“The opportunity to play at the Aussie Open is amazing and again, something I am really appreciative for.”

Hon, 20, will make her second appearance at the Brisbane International and the Australian Open.

“I’ve been training in Brisbane since I was 11, 12 years old so I’ve always dreamed of playing here,” Hon, the current world No.160 said.

“I had the opportunity two years ago but now I’ve been playing a bit more on the WTA Tour I’ll have a bit more experience behind me.

“Having the crowd come in the atmosphere is amazing and it’s always exciting playing in front of a crowd that’s always backing you when you play.

“Whoever I draw it’s going to be tough. Hopefully I won’t be playing the number one seed but I mean if it is, it will be on centre court and it will be a great atmosphere. I have nothing to lose against anyone I play.”

The Queenslander, Australia’s fifth-ranked woman, earned her main draw entry to the Australian Open as the best-performed Australian player at the $60,000 Canberra and Bendigo ITF tournaments.