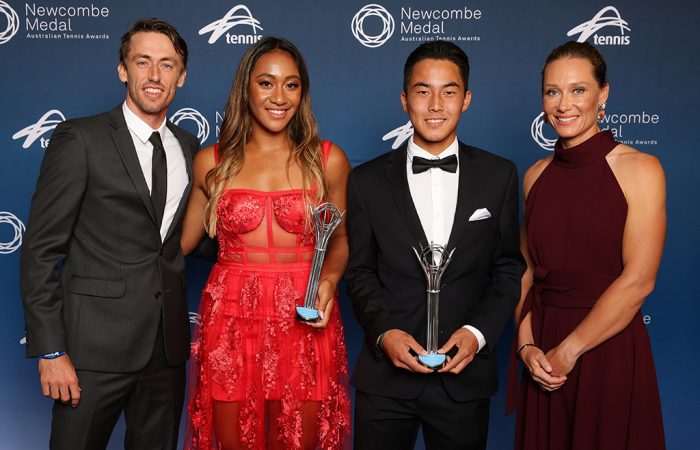 The ninth annual Newcombe Medal, Australian Tennis awards celebrated an incredible 2018 for the sport in Australia.

Ashleigh Barty and Alex de Minaur were announced as recipients of the Newcombe Medal, the first time the highest honour in Australian tennis has been jointly awarded.

A highlight of the evening’s celebrations at Melbourne’s Palladium Ballroom was the presentation of the Spirit of Tennis Award to Casey Dellacqua.

After announcing her retirement earlier this year, Dellacqua was honoured with the award for her outstanding achievements both on and off the court.

It was back-to-back wins also for Archie Graham (Qld) who was awarded the Most Outstanding Athlete with a Disability.

Most Outstanding Athlete with a Disability
Archie Graham, Qld