Teenage wildcard Seone Mendez reaches the second round at the Pro Tour event in Canberra, marking the first time she has won a main draw match at an ITF $60,000-level event. 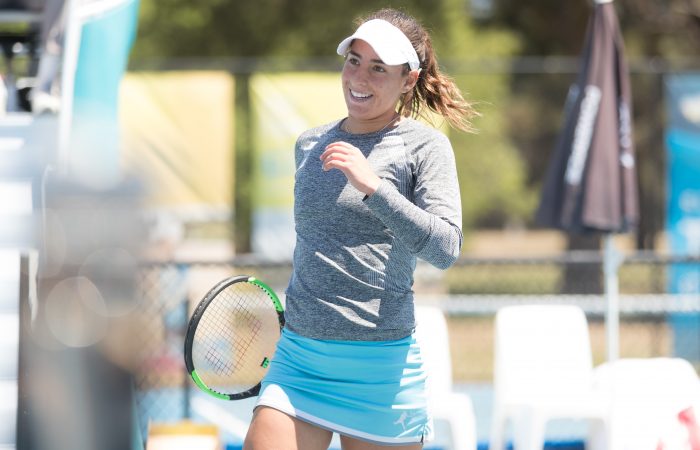 Seone Mendez has moved into the second round of the Apis Canberra International after a three-set victory over fellow wildcard Alexandra Bozovic on Tuesday.

“I played her in Brisbane and lost in three so it was really good to get the win today,” Mendez said.

The win marks the Sydney teenager’s maiden win at an ITF $60,000 event. “I haven’t actually played many at this level, so to even get this far it’s good. Next round I’ve got nothing to lose so hopefully it will be a bit more relaxing for me,” she said.

Mendez face the winner of Brit Katy Dunne and Astra Sharma. “A very tough opponent either way, they both play very well,” she said.

The world No.550 made the quarterfinals (lost to Destanee Aiava) recently in Cairns but has since been plagued by niggling injuries. “I did well there but got injured, then didn’t play in Darwin. It’s been a tough couple of weeks, in and out of injury, but the body felt pretty good today.”

With main draw play commencing, another wildcard, Alana Parnaby, fell to Japan’s Risa Ozaki in straight sets while the upset of the day came as No.7 seed Aiava lost to China’s Shilin Xu after taking the first set in a tiebreaker, 6-7(4) 6-0 7-5.

Qualifying was completed with West Australian Maddison Inglis – the only Australian in the last round – making her way to the main draw.