Victorian youngster Matthew Romios has been forced to wait for his semifinal showdown with top seed Maverick Banes as rain continues to fall. 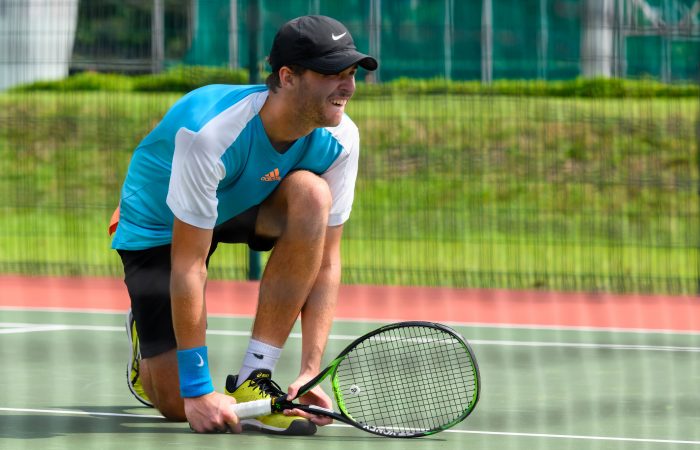 With rain washing out play at the Hutchinson Builders Toowoomba International on Saturday, promising teenager Matthew Romios has been forced to wait patiently for his upcoming semifinal against top seed Maverick Banes.

The unseeded 19-year-old has been in good touch, taking out last week’s Brisbane champion, Brit Evan Hoyt, in the second round and backing that up with a solid win over Frenchman Vincent Stouff on Friday.

“I’ve found my range and things are clicking together,” he said. “It’s good.”

“(The win over Hoyt) was one of the better matches I’ve played in my career. I was switched on from start to finish. He’s obviously an in-form player and he’s having a great Aussie swing, so to play the way I did and get over the line felt really good.”

Banes, the world No.250, will provide tougher opposition, but Romios isn’t daunted by the occasion or the prospect of facing the Queenslander.

“I will just stick to my routines,” he said. “It’s obviously going to be a bit of a bigger match for me and a good experience to play someone of his level, but I’m just going to go out there and enjoy it and give it all I’ve got. Hopefully that’s enough to get me over the line.

“We’ve never played before but we’ve trained a little bit together up in Queensland so I know what to expect.”

Romios will be competing in his second Australian Pro Tour semifinal after reaching the same stage in Mornington back in March.

“I think I‘ve improved heaps since then and hopefully I get to show it on court,” he said, looking to now go even further. “I feel like my game is good enough when I’m on to get that breakthrough finally and see where it takes me.”

Romios admits, however, that he still needs to ride the waves during the early part of his career. “I’m still trying to learn my game and that’s to be expected. I’ve had some good results and some disappointing losses this year but it’s all part of it,” he said.

“I’m still young and trying to grow into my game, so I’ll just keep chipping away at it. I know if I keep putting in the work, I’ll probably get to where I want to me. It’s all about the long journey at the moment.”

Banes, who qualified in Toowoomba after receiving a late wildcard, hasn’t had it all his own way this week, working hard to overcome stiff resistance from youngsters Lucas Vuradin and Alexander Crnokrak, who both pushed him to three long sets.