Matt Ebden's stellar run at the ATP Masters tournament in Shanghai has continued, with the West Australian beating Peter Gojowczyk to reach the last eight. 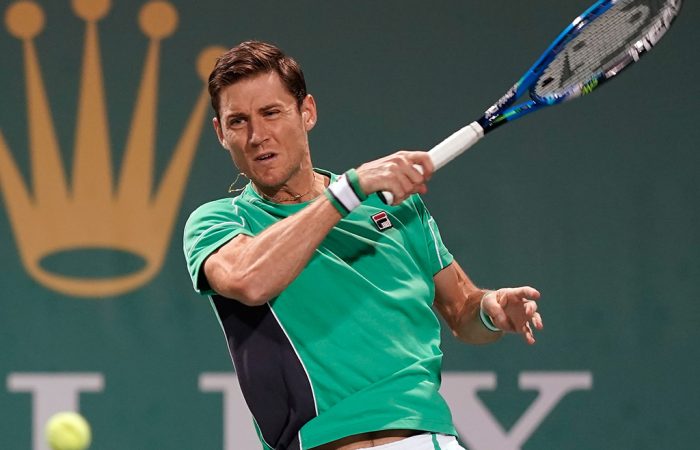 Matt Ebden has a golden opportunity to become Australian No.1 after progressing to the quarterfinals of the Shanghai Masters.

Ebden won through to the last eight with a 6-2 6-3 win over Peter Gojowczyk on Thursday and can leapfrog Alex de Minaur as the top-ranked Aussie male player if he beats world No.19 Borna Coric on Friday.

The West Australian will rise to a career-high mark of No.40 when the rankings are released next week, but reaching the semifinals would catapult him up to 31 – the spot currently occupied by De Minaur.

The 21-year-old Coric booked his quarterfinal spot after injury forced Juan Martin del Potro to retire from their third-round clash.

Argentine world No.4 del Potro called it quits due to a knee injury he sustained during an on-court tumble before the Croatian claimed the first set 7-5.

There was no Shanghai surprise for rising star De Minaur who was swiftly dispatched from the third round by German world No.5 Alexander Zverev, 6-1 6-4.

The 14-time Grand Slam champion, who won the Wimbledon and US Open titles this year, had his run at the French Open stopped by Cecchinato in a shock quarterfinal defeat in June.

Kei Nishikori and Kevin Anderson also won through to the last eight.