Daria Gavrilova has made a perfect start to her China Open campaign, scoring a straight-sets win over world No.5 Petra Kvitova in the first round. 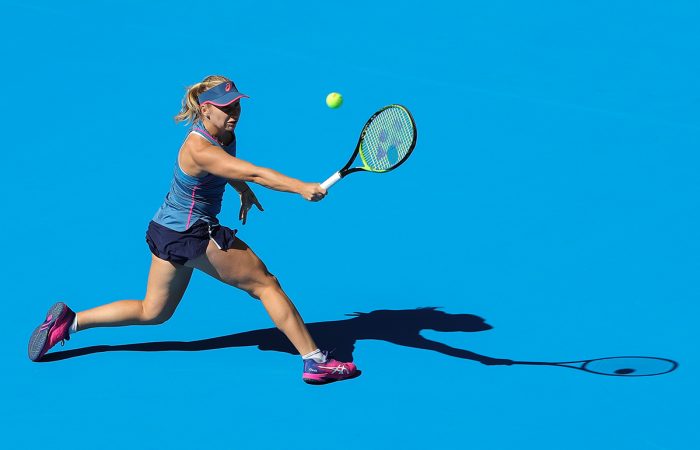 Daria Gavrilova has posted one of her best wins of the season to advance to the China Open second round.

The world No.33-ranked Australian stunned world No.5 Petra Kvitova in Beijing today, scoring a comprehensive 6-2 6-1 victory. It is Gavrilova’s second top 10 win of the season, and first against a top five-ranked opponent since October 2016.

“I thought I played really well,” Gavrilova said. “I tried to control what I could control because I knew Petra would be aggressive. My serve percentage was high too, so that helped.”

Gavrilova won 81 per cent of points on serve, not allowing Kvitova any rhythm in the 93-minute match. It is Gavrilova’s third career victory over the Czech, who she also beat during an Australian Open fourth round run in 2016.

“Today was not my best day. Conditions were tough, it was windy and she’s a player who is really unpredictable,” Tomljanovic said.

“I found my footing in the second set, but then she came out and broke me to love early in the third set and I didn’t even do much wrong. It just didn’t go my way.”

After her run to the Wuhan semifinals this week, Ash Barty withdrew from the China Open with a right arm injury.