Stosur and Zhang through to US Open doubles semis

Sam Stosur is through to the doubles semifinals with China's Shuai Zhang at the US Open. 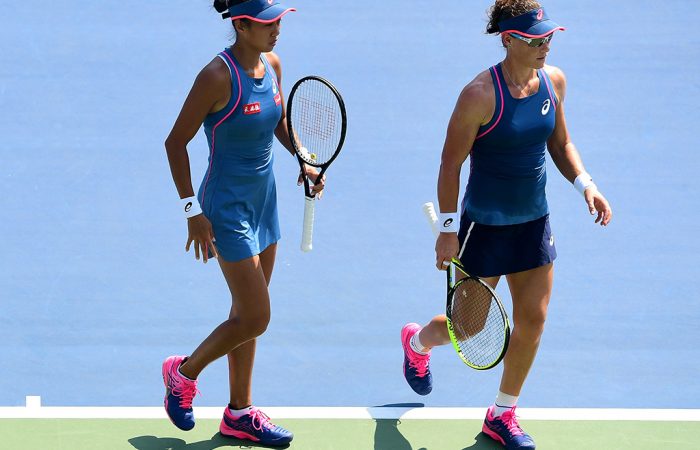 Former singles and doubles champion Sam Stosur is through to the women’s doubles semifinals at the US Open with China’s Shuai Zhang.

The pair beat Anastasija Sevastova and Anastasia Pavlyuchenkova, also unseeded, 6-2 6-3 in one hour and 16 minutes on Court 17.

They will face No.2 seeds Timeas Babos and Kristina Mladenovic of France in the last four, with fellow Aussie Ash Barty and American Coco Vandeweghe also through to the semifinals on the other side of the draw.

Fist pumps and thumbs up for a couple of girls through to the US Open Semi Finals!! 💪🏻👍🏻 Such a privilege to be able to share the court with my absolute rock @zhangshuai121 #USOpen2018 #HumpDay #asicstennis #humidity #goingalltheway pic.twitter.com/e4fhiLQP3r

Stosur, the 2005 doubles champion and 2011 singles champion at Flushing Meadows, is trying to win her seventh major title.