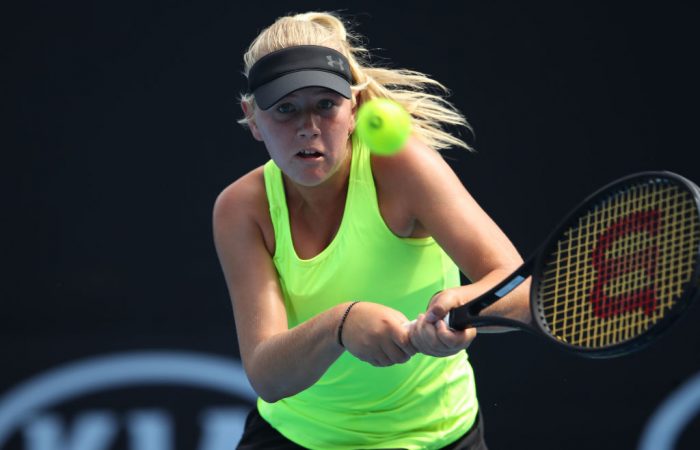 Marshall is in outstanding form, extending her singles win-loss record for 2018 to 26-6, including a current winning streak of 22 singles matches and 16 doubles matches that stretches back to June.

Marshall has cemented her position as Australia’s highest ranked junior girl taking out the singles and doubles titles at the last three ITF events held in the country including the ITF Darwin Junior International, the ITF Rod Laver Junior Championships and the ITF Mapei Gold Coast Junior International.

“It is really cool and exciting that I have been able to do so well, but there’s a lot of pressure now, so I just need to try and put the pressure aside and keep playing,” said Marshall.

“Now that my ranking is high enough, it will give me the opportunity to play the junior grand slams, so I am hoping next year that I will be able to play all of them. That has been a goal of mine for ages.”

Marshall is now competing in the ITF Australian Winter Championships being hosted in Sydney where she will play in the quarterfinals today. Marshall then will return to Adelaide before a tour to Asia in the coming weeks.