Australia has secured Gold in the Alice Marble Cup (Women’s 60-and-over) at the ITF World Team Championships in Germany. 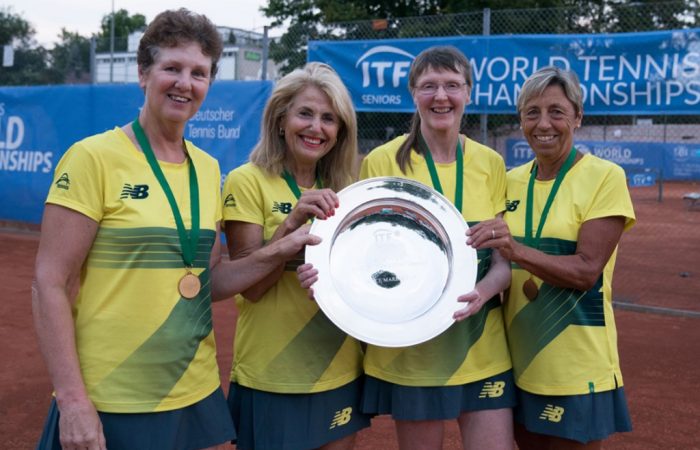 Australia has had success at the ITF Seniors World Team Championships hosted last week from 12 – 19 August in Ulm, Germany claiming three medals at the event.

In total, 24 players from Australia travelled to Germany to compete in the annual event which is the highest ranked ITF Seniors event on the international calendar. The 2018 Championships and saw more than 115 teams from 32 countries compete at the event in their respective categories.

For full results and to follow Individual Championships visit: http://www.itftennis.com/seniors/home.aspx