Maverick Banes is expected to rise to the brink of the top 200 after winning his first career Challenger title in Korea, but Jason Kubler misses out in Vancouver. 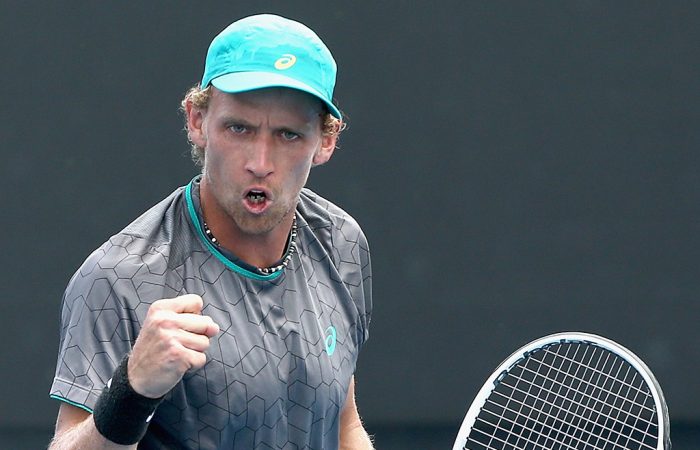 Maverick Banes won the biggest title of his career at the weekend and will move towards the world’s top 200.

The victory is expected to boost Banes’ ranking more than 70 places to a projected career high of No.212.

Maverick Banes lifts his maiden #ATPChallenger 🏆, celebrating the title in Gwangju. One of 28 first-time winners so far in 2018. pic.twitter.com/Eko75ttntB

Another Queenslander, Jason Kubler, very nearly matched his countryman’s success; playing in the Vancouver Challenger final on Sunday, Kubler led 5-3 in the final set before going down to Britain’s Dan Evans 4-6 7-5 7-6(3).

Despite the loss, it was a milestone week for Kubler – he earned enough points to ensure his top-100 debut in this week’s ATP rankings.

It’s been a fruitful period on the Challenger circuit for Australians recently.

A week before Banes’ victory in Gwangju and Kubler’s final run in Vancouver, Thanasi Kokkinakis won the Aptos Challenger in California while Alexei Popyrin triumphed at the Jinan Challenger in China.

Banes ended the 2017 season ranked 298th, his best ever year-end ranking. And he has continued to improve this year, winning ITF Futures titles in Singapore and Hong Kong before his breakthrough in Gwangju.

It’s the first time in his career he has won three professional titles in a single season.

Having played exclusively in Asia for the past six months, Banes has built a win-loss record of 22-6 since mid-May and lifted his ranking considerably after it dipped to No.350.