Canada: Barty, Gavrilova back in action

Ash Barty and Daria Gavrilova will play their first matches since Wimbledon when they contest the WTA tournament in Montreal. Nick Kyrgios and Matt Ebden will play the ATP Toronto Masters this week. 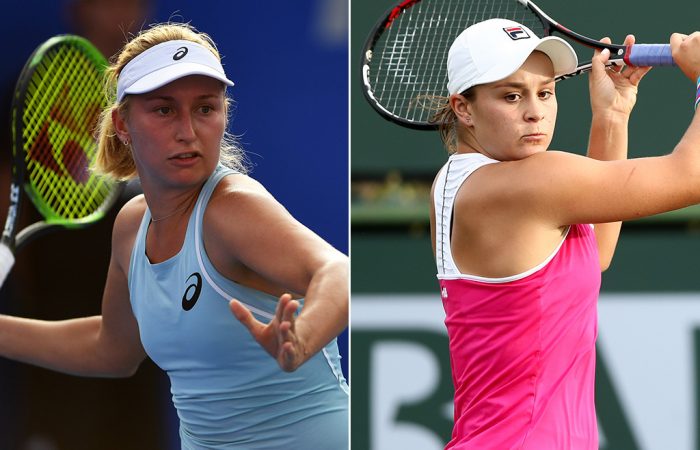 Ash Barty and Daria Gavrilova will take to the courts for the first time in a month when they play this week’s WTA event in Montreal.

Barty, who most recently reached the third round at Wimbledon, is the 15th seed at the $2.8 million tournament.

She has drawn Romania’s Irina-Camelia Begu in the first round and is seeded to meet No.4 Angelique Kerber in the last 16.

Gavrilova, who also reached the third round at the All England Club, faces Czech qualifier Lucie Safarova – a former world No.5 – in the first round.

She’s landed in a segment of the draw headed by No.7 seed Garbine Muguruza and 10th seed Julia Goerges; Gavrilova could face Goerges in the second round should the German get past Hungary’s Timea Babos.

At the concurrent ATP Masters tournament in Toronto, Nick Kyrgios and Matt Ebden – who like Barty and Gavrilova also reached Wimbledon’s third round – will represent Australia in the 56-player draw.

Kyrgios, seeded 16th, is looking to bounce back from a hip injury that forced him to retire from his Atlanta quarterfinal and skip last week’s tournament in Washington DC.

He takes on three-time major champion Stan Wawrinka, a wildcard into the main draw, while No.1 seed Rafael Nadal looms in the third round.

Ebden has drawn Canadian wildcard Peter Polansky, with the prospect of a second-round meeting with ninth-seeded Wimbledon champion Novak Djokovic. Djokovic takes on Hyeon Chung – his Australian Open conqueror – in round one.

Alexander Zverev has been elevated to the No.2 seeding in Roger Federer’s absence, and is the defending champion.