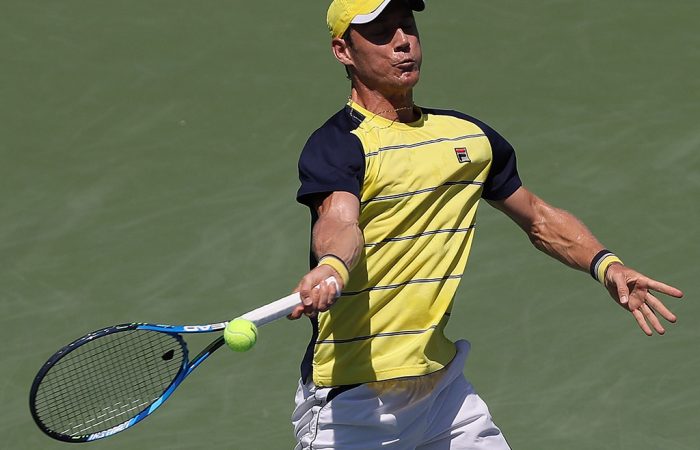 The Australian fourth seed Ebden dropped his first sets of the tournament in the two-hour encounter which the American top seed won 6-4 6-7 (8) 6-1.

Isner progressed to his eighth final at Atlantic Station and is aiming for a fifth title in the past six years at the ATP 250 event.

Isner improved to 4-1 against world No.55 Ebden, rebounding from a loss in the Australian Open.

“It was tough,” Isner said.

“Just like yesterday, I was able to get out early in the third set and that definitely took some pressure off.

“I’m very happy to be back in the final here. I need to get in the air conditioning and just rest so I could be ready for tomorrow.”

In the final Isner will meet the winner of the match between American eighth seed Ryan Harrison and British left-hander Cameron Norrie, who overcame Nick Kyrgios in the previous round when the Australian second seed retired due to injury.

“I’ve played both those guys before. Obviously I played Ryan here in the final last year,” Isner said.

“It would be great to play him again in the final, two Americans. But we’ll see what happens.”

World No.9 Isner is 8-1 in the Atlanta semifinals, with the lone loss coming to Andy Roddick in 2012.

In the doubles, Australia’s John-Patrick Smith and American Nicholas Monroe beat Jeremy Chardy and Romain Arneodo 7-5 4-6 10-6 to reach the final, were they will face Ryan Harrison and Rajeev Rram of the US.