Matt Ebden has continued his impressive run of form, brushing aside Marcos Baghdatis to cement his place in the Atlanta Open semifinals. 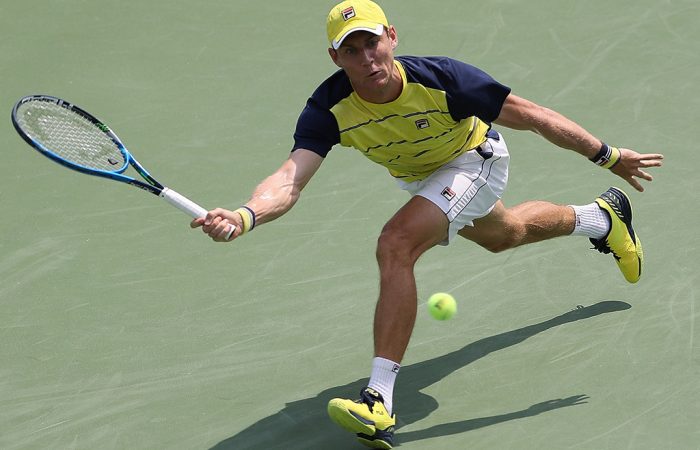 Matt Ebden required just 71 minutes to defeat Marcos Baghdatis in the quarterfinals of the Atlanta Open on Friday.

The Australian world No.55 broke the Cypriot’s serve three times to secure a comfortable 6-3 6-2 win over the former Australian Open finalist.

Ebden is through to his second tour-level semifinal of the year as he strives for his maiden ATP title.

With an ‼️@mattebden smashes his 7th ace of the match to earns the first SF spot at the @BBTatlantaopen, taking out Baghdatis 6-3, 6-2. He will face the winner of Isner/Zverev. #USOpenSeries pic.twitter.com/LXmR09NZ5v

The 30-year-old has not dropped a set in Atlanta but will face a stern test next when he faces top seed John Isner for a place in the final.

The American was pushed to three sets by German sixth seed Mischa Zverev before he prevailed 7-5 4-6 6-1.

Isner dropped just two first-serve points in the match and sent down 21 aces.

In the other half of the draw, second-seeded Australian Nick Kyrgios was trailing Brit Cam Norrie 7-5 3-0 before retiring due to injury.

Kyrgios received a medical timeout midway through the first set for treatment on what appeared to be an upper left leg or left hip issue. He also took to the court with tape on his knee.

After Norrie broke serve in the 12th game to take the first set, Kyrgios dropped serve again in the second game of the second set before retiring one game later.

Norrie will next face American eighth seed Ryan Harrison, who beat South Korean third seed Hyeon Chung in a third-set tiebreak to take his place in the semifinals.