Australia will travel to the United States for its first-round tie on 9-10 February in next year's Fed Cup World Group. 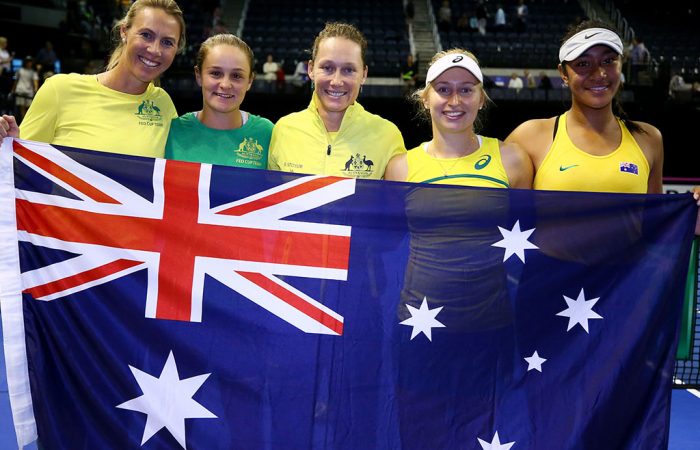 Australia will continue on its two-year quest to win the Fed Cup when it plays the United States in the first round of the 2019 World Group.

Australia clinched its place in the top-tier eight-nation group by winning its Play-off tie against Netherlands in Wollongong in April, two months after beating Ukraine in the first round of World Group II.

Yet the United States – the 2017 Fed Cup champions who have returned to the final this year – will prove a tough prospect.

The hosts have five top-30 players – Sloane Stephens, Madison Keys, Venus Williams, CoCo Vandeweghe and Serena Williams – to chose from, all who have excelled at Grand Slam tournaments in the past 12 months.

Australia also has an impressive squad of players at its disposal, including two top-25 players in Ash Barty and Daria Gavrilova and Grand Slam champion Sam Stosur.

The US own a winning 9-5 head-to-head over Australia; in their last meeting in Brisbane in 2016, the US swept to a 4-0 victory in the World Group Play-offs, and went on to win the trophy the following year.