Entering Wimbledon with several grass-court wins under her belt, Ajla Tomljanovic is confident coming face-to-face with a credentialled opponent she knows well. 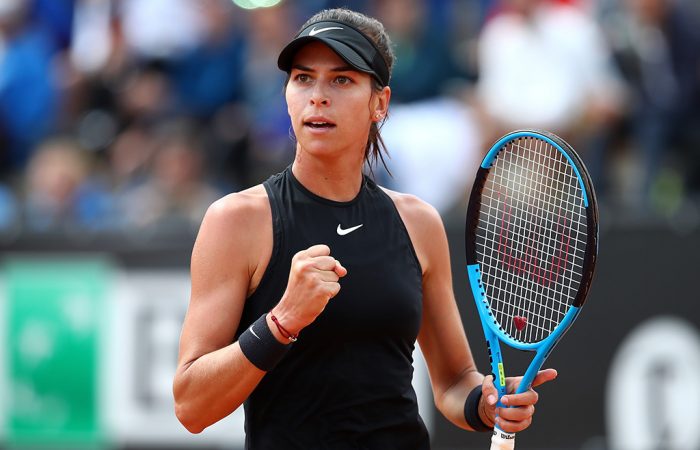 Opening up against Madison Keys, one of Wimbledon’s heavyweight title contenders, wouldn’t be everyone’s cup of tea.

But Ajla Tomjlanovic is none too fussed.

The Australian is happy enough just being back at The All England Club for the first time in three years after a shoulder reconstruction sent her spiralling out 943rd in the world during a depressing lay-off.

“It’s a tough draw, but I’m really looking forward to playing her,” Tomljanovic said ahead of Monday’s reunion with her former Florida hitting partner.

“It’s been a while since I played her and we kinda grew up training at the same place.

“I know her game pretty well and she knows mine, so I’ll know what to expect. We both have big games and go for it so we definitely won’t have too many long rallies.” 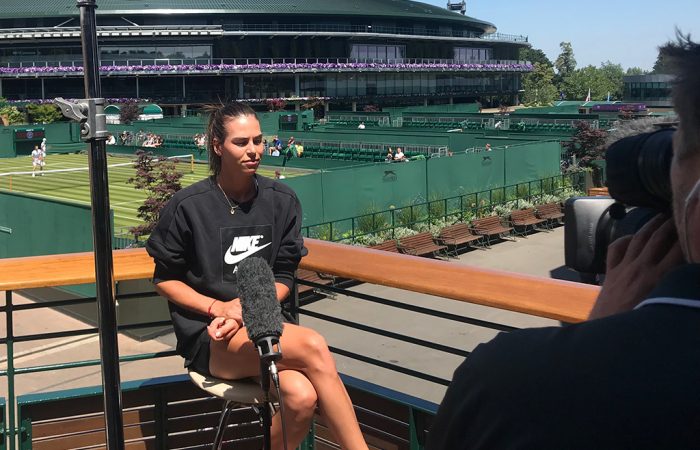 Rediscovering confidence in her serve remains Tomljanovic’s greatest challenge – and she’s fortunate to have big-serving boyfriend Nick Kyrgios on hand for advice and encouragement.

“It hasn’t been easy because I’ve had to be so patient and had to listen to my shoulder,” she said.

“Every week now it’s been improving. It’s been two-plus years since I’ve had the surgery so I’m working on trying to forget that I’m the girl who had shoulder surgery and that it has anything to do with my serve.

“I played yesterday and hit a serve and got to 175 (kph) and I was celebrating.

Tomljanovic is back up to 65th in the rankings after continuing her strong season with a run to the quarterfinals last week in Mallorca.

“With the qualies I played last week, I got six or seven matches in and I’m pretty happy with the way it’s been going,” she said.

“I came into the grass season really not knowing what to expect. I haven’t played (on the surface) for two or three years now.

“But after playing so many matches and practice now, I’m feeling pretty good coming in.”

The 25-year-old gives herself a shot against the Keys, the 2017 US Open runner-up now being coached by Tomljanovic’s one-time mentor David Taylor and who further underlined her Grand Slam credentials with a charge to last month’s French Open semifinals.

“If I execute what I’ve done in practice,” Tomljanovic said, “I think I might have a decent chance.”