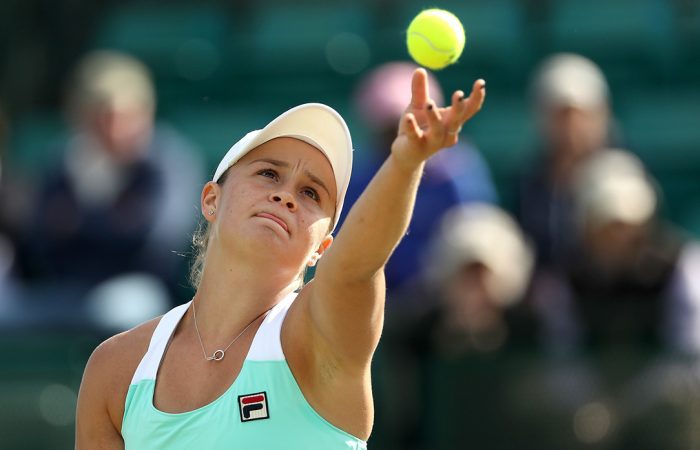 Ash Barty is into the Nottingham quarterfinals for a third consecutive year.

The top-seeded Australian scored a comprehensive 6-3 6-2 win over China’s Yingying Duan in the second round last night. Barty hit six aces and did not drop serve in the 64-minute victory.

Barty next faces British wildcard Katie Boulter, aiming for victory to advance to the Nature Valley Open semifinals for a first time.

“I feel like I always play well in Nottingham,” Barty said. “So hopefully it’s third time lucky, and I can get one step further in the tournament.”

Boulter denied an all-Australian quarterfinal with an upset of Sam Stosur in the second round. The 21-year-old Brit scored a 7-6(6) 6-1 victory.

“It’s a huge step for me,” Boulter said after reaching her first WTA-level quarterfinal. “She’s a Grand Slam winner, and it’s the first one of those that I’ve beaten. It was a really quick second set but I dug in really deep in the first. I thought I held my nerve really well and found a way to win.”

Lizette Cabrera and her American partner Irina Falconi are into the doubles semifinals, advancing after Daria Gavrilova and Donna Vekic had to forfeit their quarterfinal match last night due to a back injury to Vekic.

DID YOU SEE: Kyrgios makes winning return in Stuttgart