Australia's Daria Gavrilova and Sam Stosur will try to reach the fourth round of the French Open on Saturday. 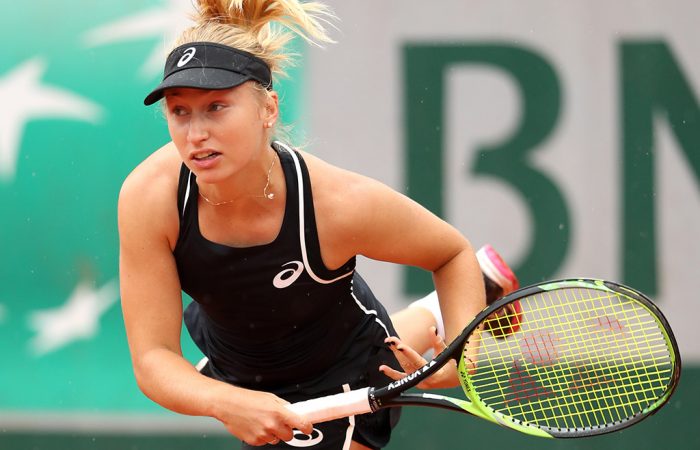 Daria Gavrilova and Sam Stosur will both need to overcome higher-ranked opposition on Saturday if they are to reach the fourth round at the French Open.

Stosur, the 2010 runner-up, faces 2016 champion and third seed Garbine Muguruza in the opening match on Court Philippe Chatrier at 19:00 AEST.

Gavrilova, through to the third round in Paris for the first time, takes on Belgian 16th seed Elise Mertens in the third match on court seven at around 23:00.

The pair are the last Australian players remaining in the singles draw at Roland Garros.

John Peers and Finalnd’s Henri Kontinen, seeded third, take on Italians Daniele Bracciali and Andreas Seppi in the second round of the men’s doubles on Saturday.

Stosur is into the third round in Paris for the 11th time and faces Muguruza, 10 years younger at 24, for the fourth time.

The Spaniard leads 2-1, and beat the Australian in the semifinals on her way to her first Grad Slam triumph at the French Open two years ago.

“It’s going to be very tough,” said Stosur. “She obviously plays very well here. She likes it here as well and she’s been in the top 10 now for a very long time.

“Serving’s going to be key. But that’s not necessarily too dissimilar to any other day, and I guess just trying to combat her depth and pace of shot.”

Gavrilova broke new ground in Paris by saving a match point against Bernarda Pera on Thursday to reach the third round.

She now gets the chance to make amends for defeat by Mertens in the first round last year, and again at this year’s Australian Open.

“I would love to get a revenge and I’m going to do everything to prepare and I think, all in all, it’s a pretty good draw for both of us,” said Gavrilova, the 24th seed.

“It’s a good chance for me to get into the second week of a Slam.”