Gavrilova and Stosur reach third round in Paris

Daria Gavrilova wins a thriller while Sam Stosur impresses in straight sets as both Australians reach round three at the French Open. 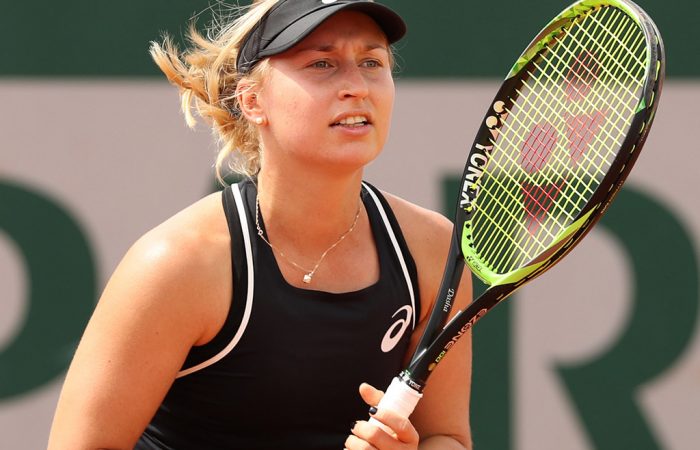 Daria Gavrilova and Sam Stosur made it through to the third round of the French Open with contrasting victories on day five at Roland Garros.

Australian No.2 Gavrilova came through a dramatic contest against unseeded American Bernarda Pera, saving a match point on her way to a 5-7 7-5 6-3 win.

She will next face Belgian 16th seed Elise Mertens.

Australian No.1 Ash Barty will try to join her compatriots in round three when she takes on 23-time Grand Slam champion Serena Williams later on day five.

Stosur continues to flourish at Roland Garros, making it through to the last 32 for the 11th time with an impressive performance.

She took on a familiar opponent in Pavlyuchenkova, having teamed up with the Russian in doubles 24 hours earlier and won four of their eight previous meetings in singles.

The Australian fell behind at the start of the first and second sets, recovering immediately and going on to dominate the opener before battling hard to stay in the second.

Her resilience paid off when Pavlyuchenkova came to serve for the set at 5-4, with Stosur forcing a break point and the Russian pushing a backhand wide.

It came down to a tie-break and Stosur raced into a 6-0 lead, converting her second match point with a forehand on the run.

The 34-year-old Queenslander next faces third seed Muguruza in a repeat of the semifinal two years ago, when the Spaniard went on to win the title.

Gavrilova took a more complicated route through to round three despite a promising start, in a match where errors far outnumbered winners for both players.

The 24th seed led 5-2 before world No.73 Pera hit back with seven games in a row to take a seemingly decisive advantage.

The American led by a set and a double-break, but from 5-2 up in the second set she was unable to close it out and Gavrilova staged a remarkable fightback.

Five games in a row brought the Australian level, and from 2-0 down in the decider Gavrilova tightened up her game as Pera continued to spray errors.

After two hours and 33 minutes, Gavrilova closed out a memorable victory and claimed a place in the third round in Paris for the first time.