Australia's Bernard Tomic is beaten in four sets by Argentine lucky loser Marco Trungelliti in round one of the French Open. 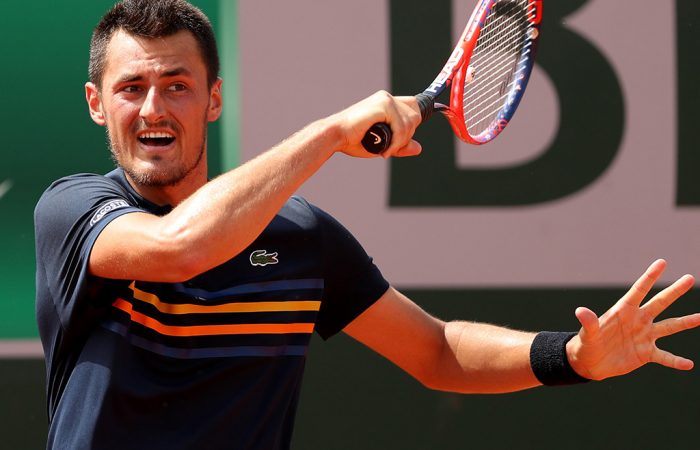 Bernard Tomic is out of the French Open after losing in four sets to Argentine lucky loser Marco Trungelliti in round one.

The Australian, who came through qualifying and was trying to reach the second round at a Grand Slam for the first time since the 2017 Australian Open, went down 6-4 5-7 6-4 6-4 on Monday.

Trungelliti, ranked No.190, had arrived in Paris just before midnight on Sunday following a nine-hour drive from Barcelona.

The Argentine was a late replacement for Nick Kyrgios, who withdrew from a much-anticipated first clash with compatriot Tomic because of an elbow injury.

After driving through the night from Barcelona to sign in as a lucky loser, Trungelliti tops Tomic 6-4 5-7 6-4 6-4 to book a spot in the second round.#RG18 pic.twitter.com/QRJOMspLgS

Trungelliti might have made an unusual journey to the main draw but he is ranked 16 places higher than Tomic and has twice qualified at Roland Garros, knocking out Marin Cilic in the first round two years ago.

His clay-court prowess prevailed against Tomic on Court Nine, grabbing the crucial break with a drop shot in the third set after Tomic had earlier levelled at one set all.

The Australian recovered from 2-0 down in the fourth set before Trungelliti broke serve for a fifth time at 3-3 and went on to serve out the win.

Jordan Thompson and Matt Ebden are in action later on Monday, before the remaining six Australians play their first-round singles matches on Tuesday.