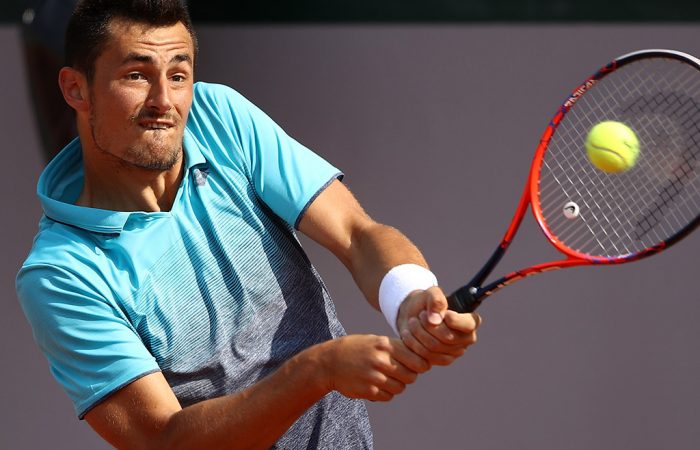 Bernard Tomic and Nick Kyrgios will clash for the first time in a French Open first-round show-stopper in Paris.

Tomic boosted Australia’s contingent to a dozen singles hopefuls with a gallant qualifying effort at Roland Garros before being pitted against his former Davis Cup team-mate.

The resurgent Tomic is riding a career-best seven-match clay-court winning streak, while Kyrgios – the tournament’s 21st seed – hasn’t played singles in six weeks due to a chronic elbow injury.

But the two-time Grand Slam quarter-finalist is growing in confidence in his battered body after advancing to the doubles final in Lyon with American Jack Sock.

Into the main draw they go…

Tomic, meanwhile, battled back from a service break down deep in the first set to beat Portugal’s Goncalo Oliveira 7-6(5) 7-5 on Friday to seal his place in the French Open’s main draw.