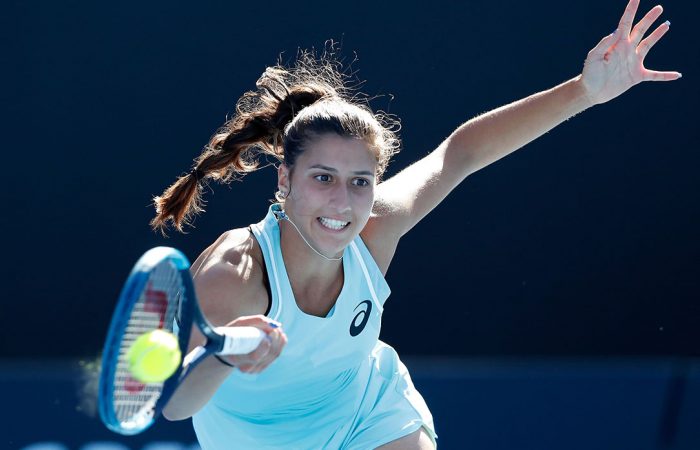 Victorian teen Jaimee Fourlis is edging closer to a top 200 debut after a semifinal run in Saint-Gaudens last week.

The 18-year-old’s performance in the ITF $60K tournament in France meant she had to withdraw from Tennis Australia’s French Open wildcard play-off, but she has been rewarded with a jump of 13 ranking places to a new career-high of No.211.

Abbie Myers also set a new career-best, rising 96 places to No.336. The 23-year-old from New South Wales continued her sensational return to the sport, reaching the biggest final yet of her career at an ITF $60K event in Kurume, Japan. As a qualifier she won seven matches, including an upset of world No.128 Naomi Broady in the semifinals. She lost the final to Japan’s Ayano Shimizu 6-3 7-5.

Tammi Patterson also improved her ranking 16 spots, up to No.326, with a quarterfinal run in Kurume.

Ashleigh Barty rose to No.5 after winning Rome alongside Dutch partner Demi Schuurs and Jessica Moore improved 13 places to a new career-best of No.80 after teaming with Kazakhstan’s Galina Voskoboeva to win the ITF 100K title in Trnava, Slovakia. Naiktha Bains jumped 25 spots to No.153 after winning the Saint-Gaudens title alongside American Francesca Di Lorenzo.

Matthew Ebden was the biggest mover in the ATP rankings, rising 12 spots to No.73 after winning an ATP Challenger title in Busan, South Korea. It is the 30-year-old’s highest ranking in four years.