A second ATP Challenger title this season has propelled John Millman 12 places to a career-high ranking of No.58. 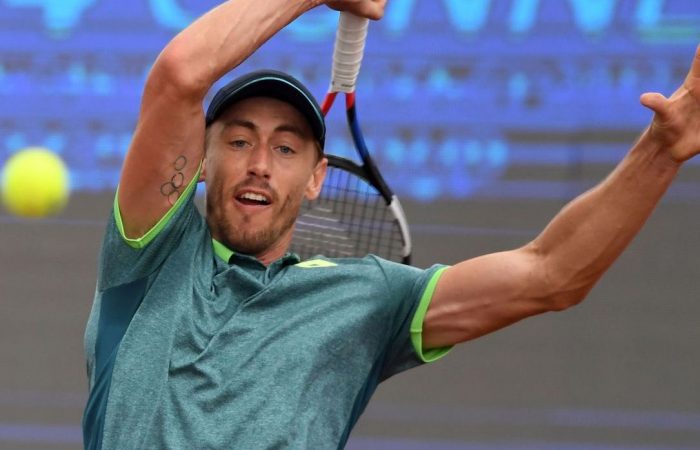 John Millman has been rewarded with for his stellar form with a career-high ATP ranking this week.

The Aussie won the Aix-en-Provence Challenger in France – beating fellow Aussie Bernard Tomic in the final – at the weekend, rising 12 places to world No.58.

Tomic’s effort saw him return to the world’s top 200 (at No.191) and the Australian top 10 after improving his ranking 52 places.

Since switching to clay after the Miami Open, Millman has won nine of his 11 matches, a stretch also including his run to the final at the ATP event in Budapest.

In the first round in Aix-en-Provence Millman overcame fellow Aussie Alexei Popyrin, who won three matches to qualify for the main draw and rose 11 places to No.398 as a result.

Another Aussie making strides was Max Purcell, who ascended 23 places to a career-best No.218 after his semifinal appearance at the Gimcheon Challenger in South Korea.

Purcell, 20, has been in sizzling form since heading overseas in April to contest ATP Challenger tournaments; he’s gone 11-4 across four tournaments, three of which were on clay.

In this week’s WTA rankings, Olivia Tjandramulia rose 18 spots to 354th after her run at a $60,000 ITF tournament in Fukuoka, Japan.

The 21-year-old Queenslander won three rounds of qualifying and then advanced to the second round of the main draw.

Tammi Patterson moved up eight places to No.342 thanks to reaching the semifinals of the same event.