Tomljanovic through to face Mertens in Morocco final

Ajla Tomljanovic is through to her first WTA final in three years and will take on top seed Elise Mertens for the title in Rabat. 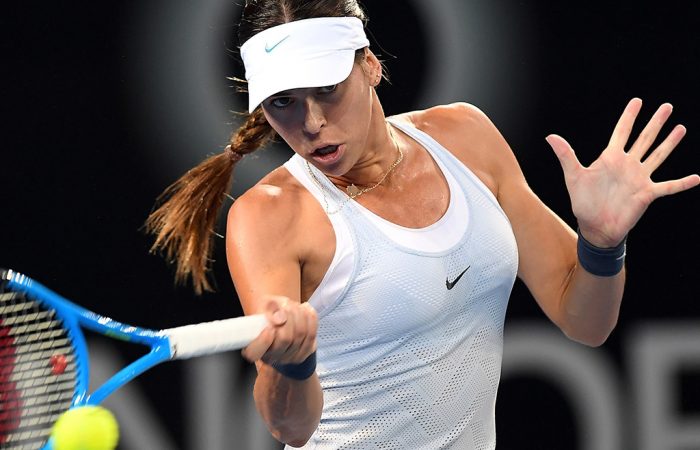 Australia’s Ajla Tomljanovic is through to the final of the Rabat Grand Prix in Morocco after beating world No.52 Aleksandra Krunic.

Unseeded Tomljanovic defeated the seventh-seeded Serb Aleksandra Krunic 7-5 6-2 after fighting her way back from 5-3 down to win the first set.

The 24-year-old will face Belgian top seed Elise Mertens in Saturday’s decider after the world No.19 saw off the experienced Su-Wei Hsieh from Taiwan in straight sets.

Tomljanovic had to overcome a serious shoulder injury in 2016 and, after reaching a career high of No. 47 in 2015, her ranking dropped into the 900s at the start of last year.

However, the Croatian-born right-hander has climbed back up to No.96 and will be aiming to win her first WTA final having lost to Daniela Hantuchova in her previous attempt at Pattaya City three years ago.

“It’s kind of surreal standing here, because she is a really tough opponent, especially on clay, and I felt that could have gone either way,” Tomljanovic said.

Krunic led the Australian on winners by 23 to 16, but paid a heavy price for her determination to find the lines with almost every shot, giving up 41 unforced errors that ultimately made the difference.

“I put in a lot of work to be here,” Tomljanovic added.

“The work is still not done, so I’m looking forward to tomorrow.”