John Millman reaches the semifinals of the Hungarian Open before bad light halts play with the Australian one set from the final. 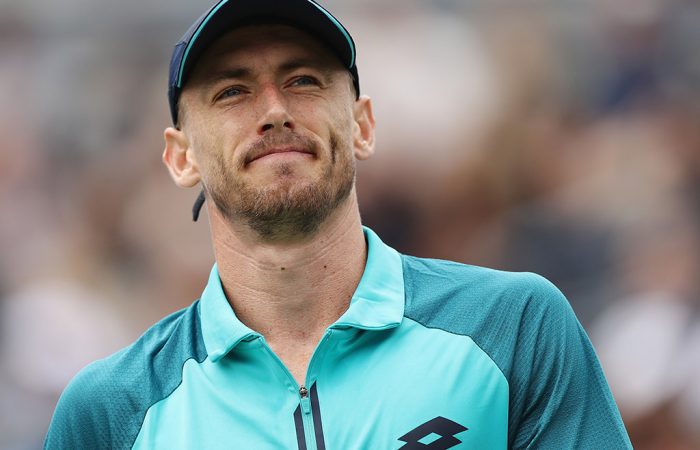 John Millman’s bid for a place in the final of the Hungarian Open was put on hold when bad light forced play to be suspended with his semi-final delicately poised.

The Australian world No.94 dropped the first set 6-2 to Slovenian fifth seed Aljaz Bedene but drew level by winning the second 7-6(3) in a tiebreaker when darkness set in.

Earlier on Saturday, Millman completed a 2-6 6-1 6-4 victory over Germany’s Yannick Maden after the pair’s quarter-final match was suspended for the same reason on Friday.

The winner of the Millman-Bedene showdown will meet Italy’s Marco Cecchinato after he shocked compatriot Andreas Seppi 5-7 7-6(4) 6-3 to reach his maiden ATP Tour final.

“It was a tough match,” world No.92 Cecchinato said.

“I know Andreas very well because we are friends, I have trained with him for so many years.”