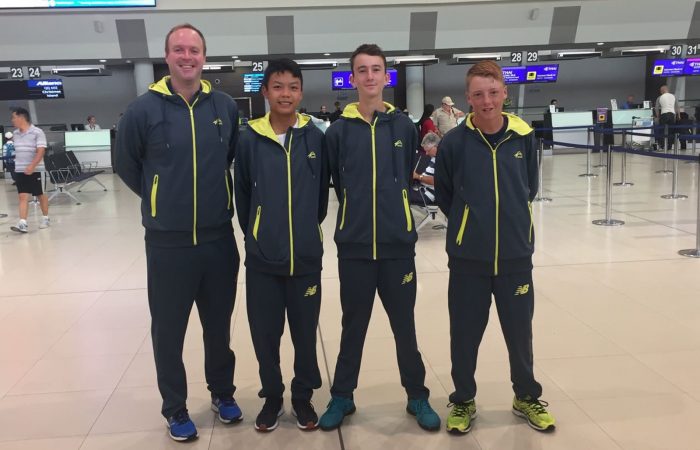 Milo Bradley believes World Junior Tennis is a vital step on the way to competing in the world of professional tennis.

“World Junior Tennis provides our juniors with one of the best opportunities to compete on the world stage and get a feel for where they are at as junior tennis players,” Bradley said.

“Being able to compete against the world’s best players in a competitive team environment gives our juniors an insight into what it is like to represent your country.”

“Last year our girls had a strong result and we hope Catherine, Charlotte, and Mia can compete at their best individually and as a team to achieve similar results.”

Tom George believes the boys are well-equipped to contest the title.

“All three team members have had a solid 12 months to earn them selection for the Australian squad,” George said.

“Alec, Derek, and Edward are all great players and I’m excited to see the boys represent Australia to the best of their abilities.”