Gavrilova beaten despite fightback in Acapulco 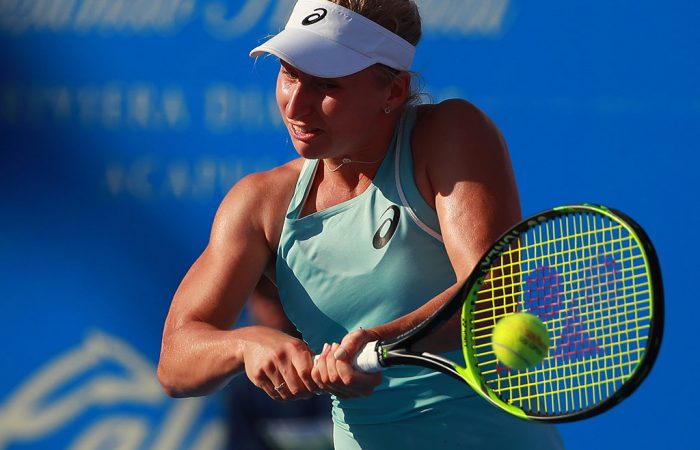 Daria Gavrilova missed out on a place in the final of the Mexican Open despite a remarkable second-set fightback against defending champion Lesia Tsurenko.

The Australian trailed 6-2 5-0 in the semifinal but recovered to within a point of levelling the second set at 5-5 as Tsurenko struggled to close it out.

Gavrilova could only net a forehand on break point, however, and Tsurenko gratefully converted her seventh match point moments later for a 6-2 6-4 win.

“It was getting more and more tough in the second set because her defence was just amazing,” said Tsurenko.

“It was confusing for me and I made a lot of mistakes, probably I lost some concentration.

“I’m really happy that it finished 6-4 and didn’t get into a tie-break.”

She will play Kateryna Bondarenko of Ukraine in the last four.

Jordan Thompson suffered only his second defeat in 12 matches as he went down 6-4 7-5 to Japan’s Yasutaka Uchiyama in the Yokohama Challenger semifinals.