Marc Polmans will face Bradley Mousley in Sunday's Launceston ATP Challenger final with each vying for their maiden title. 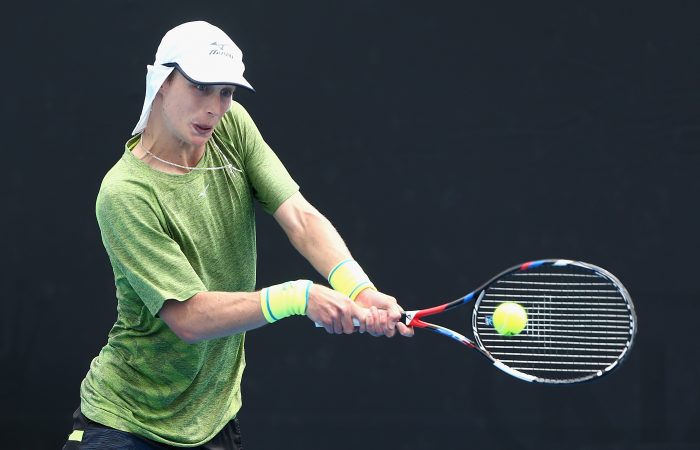 Marc Polmans will play his second ATP Challenger final – and first in over a year – when he takes on Bradley Mousley in an all-Aussie contest at the Smart Fibre Launceston International on Sunday.

“It’s pretty windy and humid here which can make it tricky,” he said. “I definitely like it and it really suits me.

“It’s been a while my last final (lost to James Duckworth in Canberra in November, 2016) so I’m really happy to be here again. To get past the second seed at the start of the week (Japan’s Yoshihito Nishioka retired during their opening round match) and then take his draw was massive for me. You have got to try and take of advantage of that and make the most of it.”

Harris, a wildcard, enjoyed a solid week in Launceston himself, accounting for a number of higher-ranked players.

“I knew he was coming into the match with high confidence because he had a good win against (Andrew) Whittington after being match point down and then against (Jason) Kubler. It’s been very impressive and I knew I’d have to be on my top game,” Polmans said.

“I just wanted to come out and make the points as physical as possible and extend the rallies as I had a feeling his legs might be a tad tired.”

To capture his maiden ATP Challenger title, Polmans will need to get past Mousley, who put some further polish on an already-impressive campaign in Launceston, winning a deciding set tiebreaker to send top seed Marcel Granollers of Spain home 6-3 3-6 7-6(5).

On his way to the semifinals, Mousley posted wins over last week’s Burnie title winner and No.5 seed, Frenchman Stephane Robert, and third-seeded American Kevin King.

“Brad has had some really good wins this week,” Polmans said. “But we’ve played against each other a few times before so there’ll be no secrets out there. We know what to expect in each other.”

Mousley, 22, will be competing in his debut ATP Challenger final.