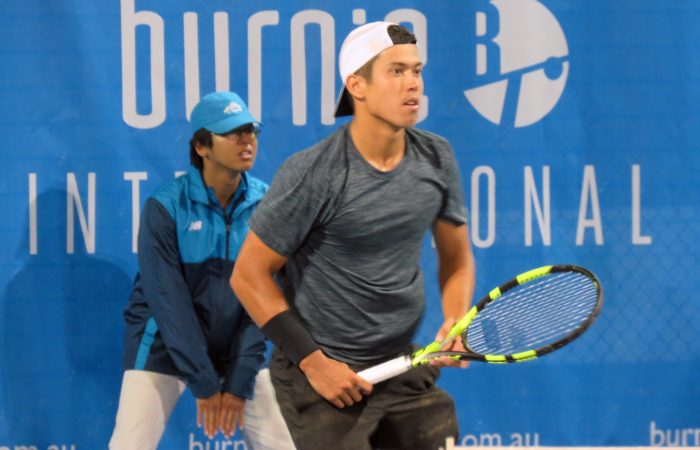 Jason Kubler’s impressive return to the game has continued to gather momentum with an upset quarterfinal win over Marcel Granollers at the Caterpillar Burnie International on Thursday night.

The Queenslander looked up against it playing the top seed and former world No.19 after dropping the first set and facing the pressure of a tiebreaker in the second. However, with a parochial crowd in his corner, he rallied strongly to level proceedings and then forge from a break behind in the decider to take the match 3-6 7-6(3) 6-4.

Early on, it appeared the experienced Spaniard’s court craft and ability to make Kubler play the extra ball might prove too difficult to contain, but the 24-year-old managed to find another gear.

“I think at the next level, that’s one of the biggest differences,” he said. “Just like when I was playing (Pablo) Carreno Busta (at the Australian Open), when you think you’ve got them stretched, they make another ball which is still pretty decent.

“He competed really hard tonight and I’m just really happy that I stayed with him and eventually got the win. Other than the Australian Open, that was probably one of the toughest matches I’ve had.

“With each match, I’m getting a little more comfortable, so having a win like this is going to do a lot for me. Being competitive with these guys really helps with the confidence.”

On track for his third ATP Challenger title on the current Australian Pro Tour (Traralgon and Playford), and the fourth in his career, Kubler – who will crack the world top 200 for the first time since 2015 should he go all the way in Burnie – is not getting too carried away.

“At the moment, I’m trying to not think about all the outside stuff and just focus on playing my best,” he said. “Whatever is going to happen is going to happen. I think there’s so many little things I could find myself focusing on which won’t help the outcome.”

Kubler will face teenager Daniel Altmaier for a place in the final on Friday, the unseeded German posting strong results in Burnie this week, including a first-round win over Kubler’s roommate Maverick Banes.