A Aussie wrap from the final day of Australian Open qualifying. 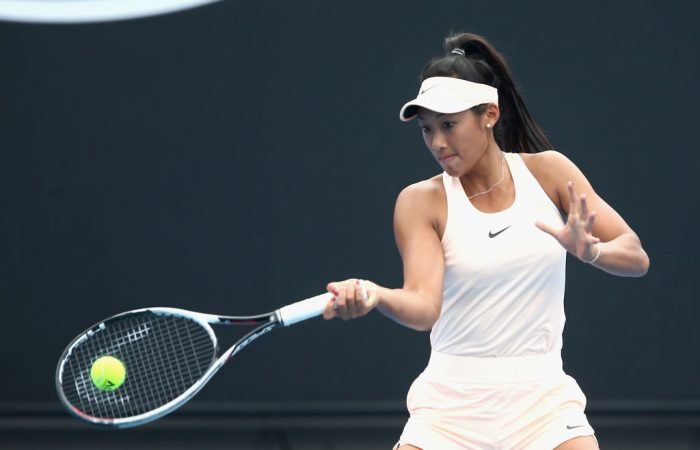 It was a tough day for the home contingent on the final day of Australian Open 2018 qualifying as the four players in action failed to make it through to the main draw.

Two days of rain in Melbourne forced officials to move the final day of qualifying to Sunday before the event, with 28 main-draw places and three lucky-loser spots up for grabs.

In the shock of the day, former world No.17 Bernard Tomic fell 6-1 6-7(5) 6-4 to Italian Lorenzo Sonego, ranked No.218 in the world and playing his first Grand Slam tournament.

It was another slow start from Tomic, who struggled to cope with the Italian’s speed early on, finding himself trailing by a set after just 19 minutes.

It was the kick that the Queenslander needed, getting back into the match with a grinding display that edged him to the cusp of a tenth consecutive Australian Open main draw appearance.

It was not to be, however, as the Italian began playing his best tennis, breaking the Australian late in the decider to secure his first ever Grand Slam main draw berth.

In other men’s results, South Australian Bradley Mousley suffered a 7-5 6-2 defeat at the hands Spanish world No.188 Jaume Munar who, like Sonego, has qualified on his first venture to a major.

John-Patrick Smith was the other Aussie man in action, but after a brave fight he also failed to progress to the main draw after falling 6-4 7-6(6) to American Kevin King, who will also be making his Grand Slam debut.

Queenslander Priscilla Hon faced American No.15 Irina Falconi at Melbourne Park hoping to qualify for the first time, having played her sole main draw match thanks to a wildcard back in 2016.

After a bright start for the 19-year-old Falconi tightened the screws, breaking consecutively to secure the opening set and running away with the second for a 6-2 6-1 win, her 71% winning record when returning second serves proving vital in her victory.

Despite being disappointed Hon remained upbeat after a phenomenal week that consisted of a win against former world No.12 Yanina Wickmayer on Friday.

“I’m definitely disappointed about today’s match but I knew that the way she plays is that she mentally beats her players,” She said. “She will get in your head, and I’m disappointed I let that happen, but she’s a great player.

“I didn’t want to put too much pressure on myself, it’s the second tournament of the year. I wanted to go out there and try to enjoy it and play how I like to play,

“I was so pumped to get through that match (against Wickmayer) and everyone is still congratulating me even two days later.”

Hon will now turn her focus to the women’s doubles, where she received a wildcard to play with fellow Australian Ajla Tomljanovic. Post-tournament she will head to Taipei before aiming to enter the Indian Wells qualifying field.

The main draw of the Australian Open gets underway at 11am tomorrow.