Priscilla Hon was the only Australian victor in Australian Open women's qualifying draw, while Smith and Mousley advance in the men's. 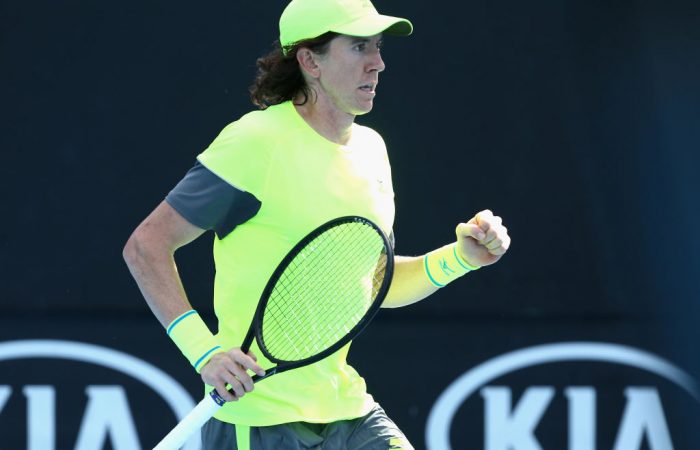 This is the 19-year-old’s fourth shot at qualifying at Melbourne Park, with her only main draw appearance coming via a wildcard in 2016.

Having lost in the opening round of qualifying in 2013-15, Hon said that it was a relief to finally post a win at Melbourne Park.

“I was trying not to think about it, I’ve played qualifying three times and the nerves really do get to you because it’s the Australian Open,” Hon said.

“I’m just so happy to get through, it was a real mental battle out there.”

Reflecting on her sole appearance in the main draw, the Brisbane native said the satisfaction for earning her spot as a qualifier would be much greater.

“It definitely feels a lot better going through qualifying, you get lots of matches and all the girls here are so tough,” she said. “To get through, I’d be speechless but I’ll just go round by round and I don’t really want to think too far ahead.”

Elsewhere it was a day to forget for the rest of the home contingent at Melbourne Park, with No.9 seed Arina Rodionova and wildcards Sara Tomic, Kimberly Birrell, Tammi Patterson, Ellen Perez and Isabelle Wallace all bowing out in the opening round.

Rodionova went in to her match against 2017 junior Australian Open champion Marta Kostyuk as the heavy favourite, making the perfect start with an early break that settled the first set.

However, the 15-year-old Ukrainian was not to be outdone, breaking the Australian early in the second and holding on to force a decider.

From there, Kostyuk raced out to a 5-1 lead before Rodionova clawed her way back into the set, breaking the teenager as she served for the match. But the fightback unraveled the next game as the Ukrainian broke to take the encounter 4-6 6-3 6-3.

Queenslander Tomic was second up on Show Court 3 against Russian world No.181 Sofya Zhuk, but was overrun after being broken in the final game of the opening set, falling 7-5 6-2.

Birrell was involved in a close encounter with Chinese No.21 seed Xinyun Han, and despite going down a break in the opening set, she managed to push it to a tiebreak.

Han proved to be too consistent, placing pressure on the Australian’s game early to open a mini-break and claim the breaker 7-4.

The second set began in similar fashion with Han on the front foot early, storming to a 3-1 lead, but Birrell refused to lie down, she reeled off the final five games of the set to clinch it 6-3 and push the match to a decider.

The third set was one-way traffic, with the world No.134 racing to a 5-0 lead before 19-year-old Birrell managed to mount a brief comeback, winning the next three games before Han closed it out at the second attempt to progress 7-6(4) 3-6 6-3.

Victoria’s Patterson was unable to capitalise on a comeback in the opening set against Belgian Ysaline Bonaventure, taking it to a tiebreak before falling 7-1.

The 28-year-old gained the early break in the second but was unable to sustain the advantage, eventually falling to the Belgian 7-6(1) 7-5. Ellen Perez and Isabelle Wallace also fell to Valentini Grammatikopoulou and Anna Karolina Schmiedlova respectively.

On the men’s side, it was a phenomenal day for John-Patrick Smith, with the Townsville native claiming a 6-4 6-2 win over British No.6 seed Cameron Norrie.

It is a sweet moment for Smith, who is again one win away from his first Australian Open main-draw appearance since 2013. The 28-year-old fell at the final hurdle last year to Radek Stepanek. This year’s decider pits him against against American Kevin King.

“I felt pretty good this morning so it’s nice to get through in straight sets so I can save my energy for Saturday,” Smith said before heading over to scout his opponent.

“I lost a tough one last year to Stepanek and another tough one at Wimbledon 12-10 in the fifth. I’m just going to take it one match at a time, I don’t want to think about it too much.”

22-year-old South Australian Bradley Mousley joined Smith in the final round of qualifying, coming from a set down to beat in form Spaniard Ricardo Ojeda Lara 5-7 6-3 6-4.

It is the first time that Mousley has advanced to the third round of Grand Slam qualifying in his career.

Victorian Andrew Whittington was the only male casualty of the day, falling to Czech Vaclav Safranek 6-2 6-3.