Nick Kyrgios fought off an impressive Matthew Ebden in an entertaining battle at Pat Rafter Arena to win in three sets. 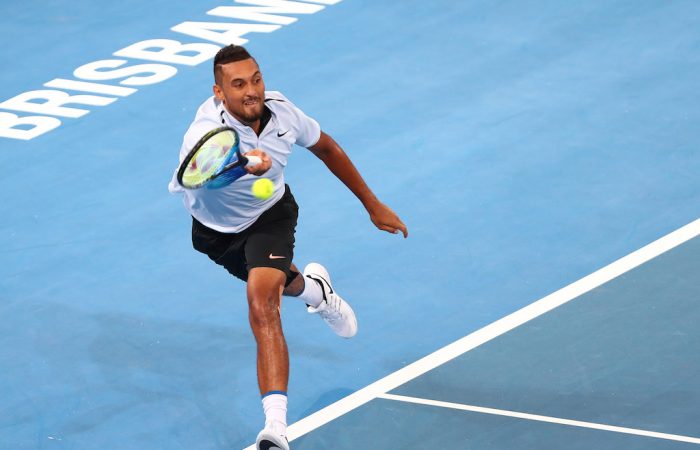 His body language may have screamed otherwise but Nick Kyrgios has played down a knee injury scare after literally limping into the Brisbane International quarterfinals.

Third seed Kyrgios cut a frustrated figure after having his left knee strapped early and at times could barely move around the court but still pulled off a three set second-round win over countryman Matthew Ebden at Pat Rafter Arena on Wednesday.

.@nickkyrgios spreading the court like a knife on butter! pic.twitter.com/k6P75rlJr4

World No.21 Kyrgios revealed he had suffered a knee twinge during hitting practice with two-time grand slam winner Lleyton Hewitt two days ago but at no stage felt like retiring in the hard-fought 6-7 (7-3) 7-6 (7-5) 6-2 win.

The 22-year-old also dismissed a suggestion he would be battling to be fit for the Australian Open, starting on January 15.