Alicia Molik and Jelena Dokic believe the time is right for Australian young guns Destanee Aiava and Jaimee Fourlis to begin making their mark on the international stage. 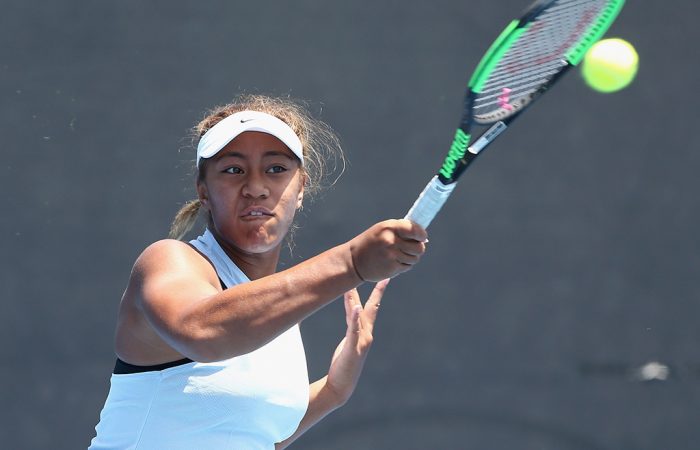 Former top 10 players Alicia Molik and Jelena Dokic are challenging the country’s next generation of stars to set up their 2018 seasons with breakout summers.

The Hopman Cup, starting on Saturday in Perth, is the first of five big Australian Open lead-up events before the Melbourne major gets under way on 15 January.

While confident that big guns Ash Barty, Daria Gavrilova and Sam Stosur are ready to fire, Molik and Dokic are eager to see emerging teenage talents like Destinee Aiava and Jaimie Fourlis cash in on the local conditions and make their mark on the international stage.

Aiava, who in 2017 became the first player born this century to contest a Grand Slam event, will open her 2018 campaign at the Brisbane International starting on Sunday.

Fourlis is competing in Brisbane qualifying and will also contest the Hobart International, beginning 7 January, as a main-draw wildcard.

“Everyone’s firmly fixed on first of all making a great start over the first few days of the summer,” Molik said.

“That’s critical: to start your summer on the right foot, to feel completely ready, because if your preparation isn’t done by December 30 or December 31 when the tournaments kick off, you play catch up.

“If you have two tough first-round losses or bad losses, it’s really difficult to recover before a slam.”

Molik believes the wildcard play-offs should have all of Australia’s “incredibly lucky” young stars “ready from the get go”.

“Everything’s laid on for them,” she said.

“Ball kids, umpires, linespeople. I mean, this is a replica of what a Grand Slam is. The conditions replicate exactly what you find in January.”

“She’s been there before and she’s much more comfortable. Last summer, everything was new,” Molik said.

Molik, Australia’s Fed Cup captain, is expecting big things from Barty, Gavrilova and Stosur after the trio gave Australia three tournament winners on the WTA Tour in 2017 for the first time in more than 20 years.

“We’ve got so many players in really different positions to last year. We should be excited about it,” Molik said.

“Ash wither her ranking and having a seeding, Dasha winning a title, and it’s great for Sam as well because the spotlight’s off her.

“It’s the first summer in probably eight years where the attention’s been deflected to the other two or three, which is perfect for Sam.

“She’s always under the pump here. Everyone expects so much of her so she should be really enjoying it. I think she’ll be loving it.”