Young Australian talent Alex De Minaur is set for a packed schedule of summer tennis after accepting a wildcard into the Brisbane International main draw on Friday. 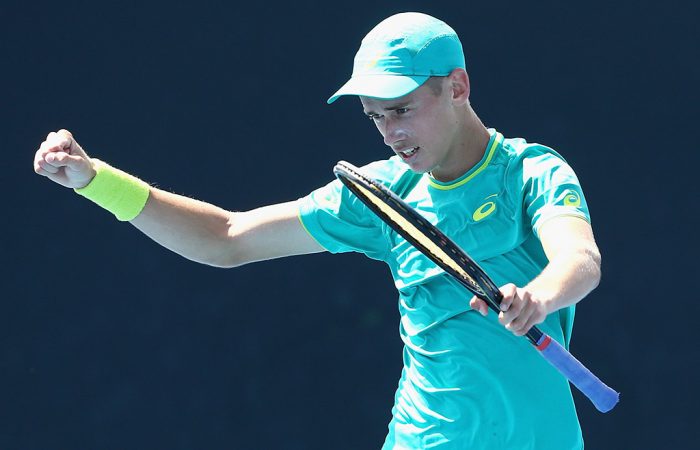 Rising star Alex De Minaur (NSW) will make his second appearance in the main draw of the Brisbane International presented by Suncorp after receiving a wildcard for the 10th edition of the tournament.

De Minaur was awarded the wildcard after Perth’s Matthew Ebden moved into the main draw overnight.

At last year’s Brisbane International, De Minaur saw off fellow young gun Frances Tiafoe (USA) in qualifying to secure his first appearance in the main draw of an ATP World Tour event, where he fell to Mischa Zverev (GER).

De Minaur subsequently went on to win his first match at a Grand Slam when he saved a match point to hold off Gerald Melzer (AUT) on his Australian Open debut.

“I’m obviously delighted to get the wildcard for the Brisbane International, it’s a huge tournament and gives me another great opportunity to test myself against some of the best players in the world,” said De Minaur.

“I have special memories of Brisbane last year, I came through a couple of tough matches in qualifying and even though I lost in the first round, it was still a great experience. I feel like I’m a much better player than I was 12 months ago, both mentally and physically, so hopefully I can go on a decent run this year.”

“Alex has made great strides over the past 12 months,” said Cameron Pearson, Tournament Director of the Brisbane International.

“He’s a very exciting young talent and the crowd at Brisbane really took to him last year, so I’m sure he’ll receive some great home support again this year.”

Brisbane International tickets are on sale now via Ticketek. For all tournament information please visit brisbaneinternational.com.au.