Tickets will go on sale on Wednesday to see Australia - fielding one of its strongest Fed Cup teams in recent years - take on Ukraine on grass in Canberra. 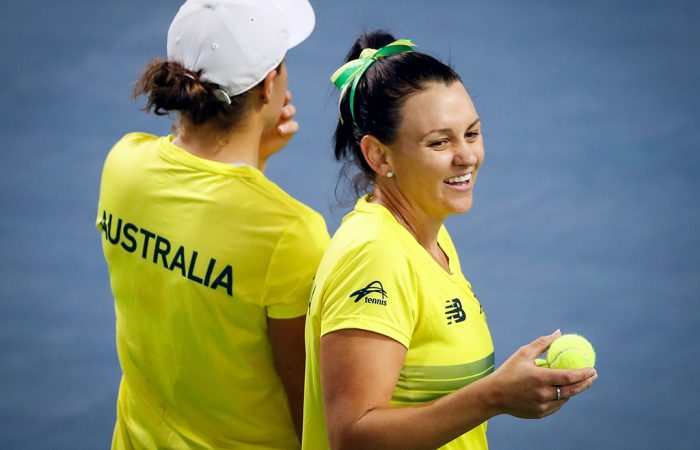 Tickets will go on sale Wednesday 13 December at 9am for the Fed Cup by BNP Paribas World Group II first round clash between Australia and Ukraine to be held at the Canberra Tennis Centre from 10-11 February 2018.

Two-day ticket packages available through Ticketek are $80 for adults, $63 for concession card holders, $25 for children and $186 for a family pass.

Centre court at the Canberra Tennis Centre will be transformed into a purpose-built grass court with Australia expected to field one of its strongest Fed Cup teams in recent years.

Australia’s top player Ashleigh Barty currently sits at a career-high ranking No.17, Daria Gavrilova at No.25, Sam Stosur at No.41; Casey Dellacqua is No.10 in doubles.

Tennis ACT CEO Kim Kachel said the response since last week’s announcement has indicated the Fed Cup tie is sure to be one of the highlights of the 2018 Canberra sporting calendar.

“It has been 20 years since Canberra last hosted a Fed Cup tie and the community are excited about the opportunity to watch world class tennis here in the capital.

“With such a strong tennis community in the ACT and surrounding region, we would encourage people to book tickets early to secure their spot to cheer on our Aussie women as they look to return to the elite World Group.”

Ukraine currently has four players in the world’s top 100, led by world No.6 Elina Svitolina.

Australia has played Ukraine four times, most recently early this year, when the team travelled to snowbound Kharkiv in February. Svitolina proved too strong on the indoor hardcourt for the Aussies, winning both her matches, and top 50 player Lesia Tsurenko also posted a win.

For those travelling to Canberra for the Fed Cup tie, accommodation options are available through Visit Canberra.