Destanee Aiava and Jaimee Fourlis are one round away from a blockbuster Australian 18/u Championships final - with an Australian Open wildcard on the line. 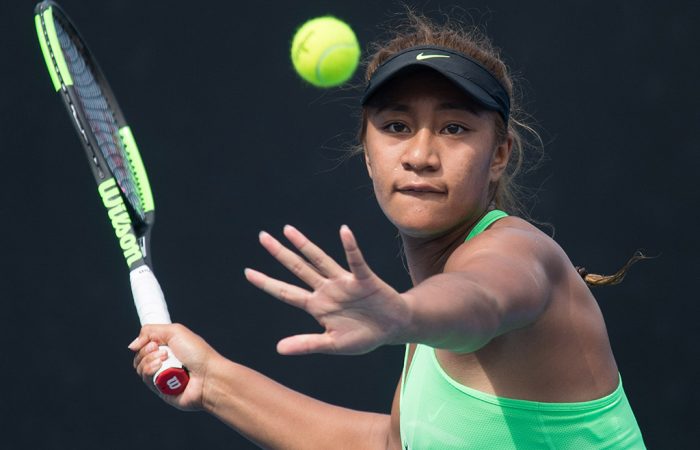 Top seeds Destanee Aiava and Jaimee Fourlis are one step closer to a huge final to decide who wins a wildcard in the the women’s singles at next year’s Australian Open.

Aiava and Fourlis both were easy winners on Thursday in the quarterfinals of the 18/u girls Australian Championships.

The other two winners to make the semifinals were Alexandra Bozovic, who defeated Helena Spirits 6-3, 6-4, and Amber Marshall, who recovered to beat Gabriella Da Silva-Fick 1-6 6-3 6-2.

Bozovic and Marshall will be hoping to cause upsets on Friday to progress to Saturday’s final.

Aiava said she was nervous stepping on to the court and felt she had a lot to improve on leading into Friday’s semifinals.

“I’m just really happy to get through,” she said.

Like Fourlis, she hasn’t lost a set all week at Melbourne Park.

“I’m a good roll so far, I’m just trying to stay focused and not give away too many crucial points,” she said.

Meanwhile, Fourlis was happy to get past a dangerous opponent.

“It was a really good match, Olivia is such a tough player to play, she is young and she has a lot of really big shots,” Fourlis said.

“So I just had to come out and and mentally prepare and I thought I did a really good job.”

In the boys 18/u singles, No.1 seed Matthew Dellavedova continued his good form, advancing to the semifinals with a 6-2 6-3 win over Louis Clark.

The December Showdown continues at Melbourne Park over the weekend, and next week, too – with the Australian Open Play-off field announced today.