Australian Open wildcards on the line at AO Play-off

Australians Akira Santillan and Arina Rodionova, both closing in on the top 100, will headline next week's Australian Open 2018 Play-off fields. 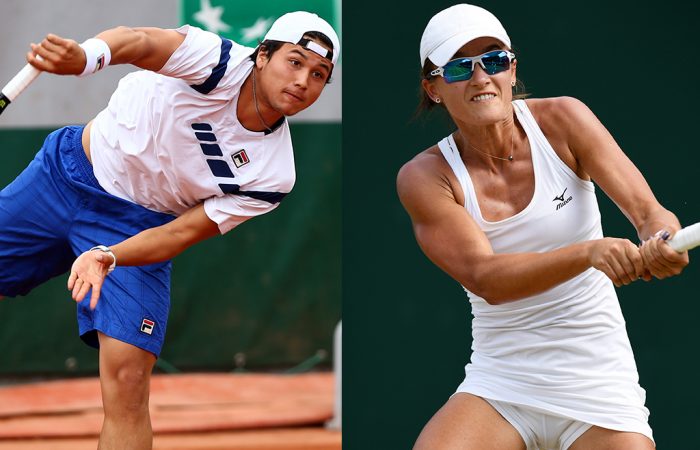 Thirty-two of Australia’s top tennis stars will battle it out for direct entry to the first Grand Slam of the year at the Australian Open 2018 Play-off, which runs from Monday 11 to Sunday 17 December 2018.

In the men’s field promising 20-year-old and world No.145 Akira Santillan (Qld) is the top-ranked player and will face strong competition from the likes of world No.192 Alex Bolt (SA), last year’s winner [277] Omar Jasika (Vic) and young gun [210] Alex de Minaur (NSW) who are all set for a big week at Melbourne Park.

Victorian [245] Sam Groth, who has announced he will retire after next year’s Australian Open, promises to be a strong contender.

Top seed in the women’s field is world No.119 Arina Rodionova (Vic) who will hope to finish off what has been an impressive 2017 by winning direct acceptance into January’s event.

Rising stars Destanee Aiava (Vic) and Jamiee Fourlis (Vic) are currently competing in the 18/u Australian Championships, with the winner of that event awarded an AO 2018 women’s singles wildcard.

Both are currently on the AO Play-off entry list but will be fighting to win the honour early and concentrate on their preparation for the Australian summer.

Australian Fed Cup captain Alicia Molik said the Play-off is always an exciting week where anything can happen.

“We’ve got some really strong players such as Arina Rodionova, who has traditionally performed well at this event. Arina had a strong finish to her year, ending up just outside the top 100, so she’ll be highly motivated,” Molik said.

“And then we have a group of promising young players, like Destanee Aiava and Jaimee Fourlis who had a taste of success at Grand Slam level earlier this year.

“With such an important prize on the line the Play-off is an event where everyone has the opportunity to break through.”

Australian Davis Cup captain Lleyton Hewitt said the Play-off is a chance for players to finish their 2017 in a positive way, with a lot to look forward to in 2018.

“The men’s field is a mix of some really impressive young guys who will be keen to make their mark, alongside established and experienced players,” he said.

“The Play-off format will replicate the Australian Open, with best-of-five-set matches giving the players a real feel for Grand Slam conditions. We’ve seen some tough battles over the years and I’m looking forward to watching all the boys in action next week.”

For the second year at December Showdown, eight women’s doubles pairings will play off for the chance to earn direct entry into the first Grand Slam of the year at the Australian Open 2018 Women’s Doubles Play-off.

The official draw will take place on Sunday 10 December at 12pm.

Live streaming of the Australian Open 2018 Play-off will be available from 11-17 December via tennis.com.au.