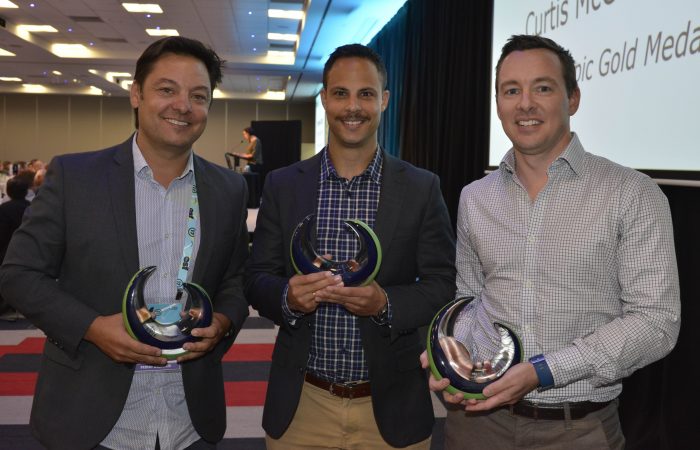 The awards, introduced for the first time in 2017, recognise an ASC-funded sporting organisation that continues to evolve and encourage participation through various strategies and initiatives.

Tennis Australia CEO Craig Tiley said the award was recognition of the commitment tennis has made to participation.

“We want to thank the ASC for recognising our work in the participation space and presenting us with the award for Excellence in Innovation,” Tiley said.

“We continue to focus on participation through our grassroots programs across schools, clubs and community groups and ensuring more people across the country have access to tennis through our programs such as ANZ Tennis Hot Shots, Schools Partnership Program and Fitbit Cardio Tennis or by increasing access to courts and venues.”

The award was presented for Tennis Australia’s Book a Court program which continues to open up tennis across Australia by allowing casual players to book and pay for courts online.

The Book a Court program was first piloted in Victoria in 2015-16 and has been installed in 56 venues and 486 courts nationwide. This year there have been more than 53,000 bookings made, generating $336,697 in online payments and unlocking new revenue streams for all clubs involved.

“Much work has been undertaken during the pilot phase of this program to identifying best practices to ensure a smooth roll-out over the coming years,” Tiley continued.

“Both Tennis Victoria and Tennis ACT have played a major role in informing this process.”

Tennis Australia was also a finalist in the Excellence in Participation category for the organisation’s schools strategy.

Tennis continues to grow its footprint across Australian schools, with 2480 schools across Australia offering tennis as part of their health and physical education curriculum through the ASC’s Schools Partnership Program

The awards were presented on the closing day of the ASC’s Our Sporting Future conference on the Gold Coast, where Tennis Australia President and Chair Jayne Hrdlicka was the keynote speaker.