Peers, Kontinen back on track in London

John Peers and Henri Kontinen improved their ATP Finals record in 2017 to 1-1 after a gritty win over Jean-Julien Rojer and Horia Tecau on Tuesday in London. 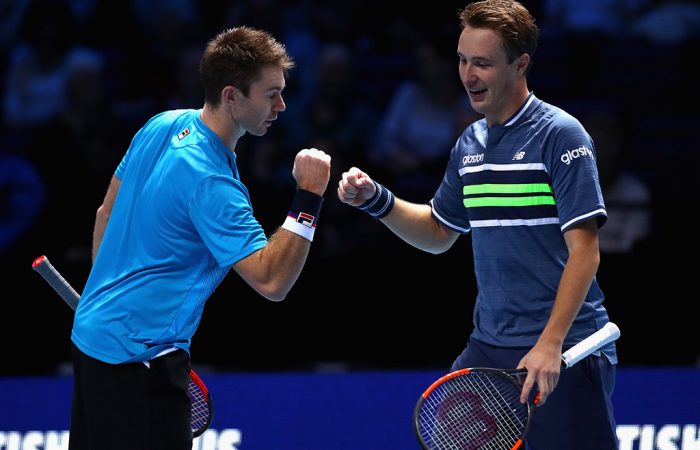 John Peers and Henri Kontinen have kept their semifinal hopes alive in London with a hard-fought victory over Jean-Julien Rojer and Horia Tecau.

Peers and Kontinen are the defending champions at the ATP Finals and now own a 1-1 record in 2017 after falling in their first round-robin match to Ryan Harrison and Michael Venus.

Harrison and Venus moved atop the group with a 2-0 record after beating French pairing Nicolas Mahut and Pierre-Hugues Herbert in a match tiebreak on Tuesday.

Peers and Kontinen will play Mahut and Herbert on Thursday; the winning team will seal a semifinal berth.