Peers looking to bounce back at ATP Finals 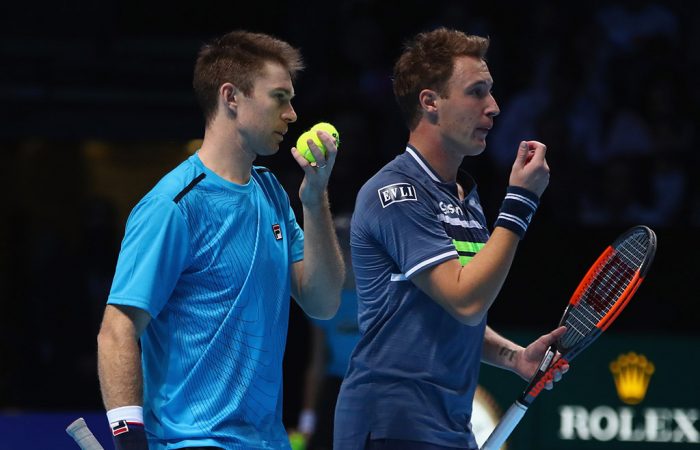 Australian doubles ace John Peers has made a losing start to his title defence at the World Tour Finals in London.

Peers and his Finnish partner Henri Kontinen went down 6-4 7-6(8) to American Ryan Harrison and Kiwi Michael Venus in their opening pool match at the O2 Arena on Sunday.

The defeat leaves Peers and Kontinen almost certainly needing to win their remaining two round-robin matches to make the semifinals.

The pair were unbeaten in five matches last year in a breakthrough that not only yielded Peers a $300,000 windfall but also proved the springboard to Australian Open doubles glory two months later.

But they’ll need to rebound quickly if they are to make an impact at this year’s event, where the world’s top eight teams have gathered hoping to claim the biggest non-grand slam title of the season.